Child’s body found under rubble of the house where the explosion took place in Khirdalan | Eurasia Diary - ednews.net

Russia is developing a new armor for its armored vehicles
Read: 511

A planet close to us with a day that lasts forever and an eternal night lit up by exploding volcanoes
Read: 479 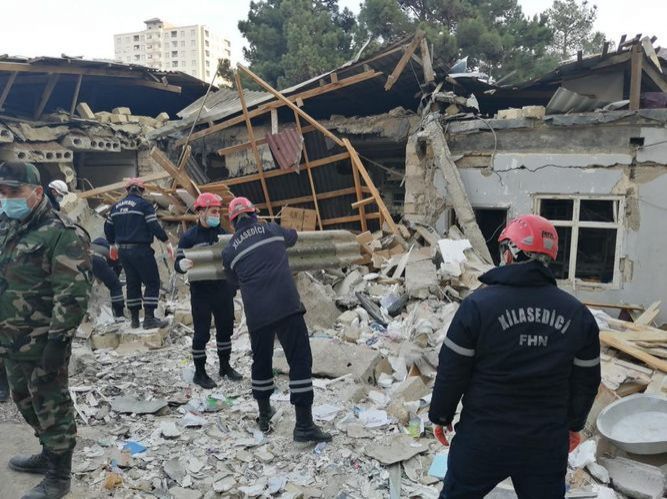 The body of one more person has been found under the rubble of the house where the explosion took place in Khirdalan, Eurasia Diary reports.

Rescuers removed the body of the child from the rubble and handed it over to the relevant authorities. It is noted that the person is Musayeva Fatima Vusal gizi, born in 2012.

Note that an explosion occurred in a two-story private house located in the area called 27th block, Khirdalan city, Absheron region in the evening hours last day. As a result, there was a collapse.

Rescuers of the Azerbaijani MES rescued 6 people from the rubble, took the body of one person.