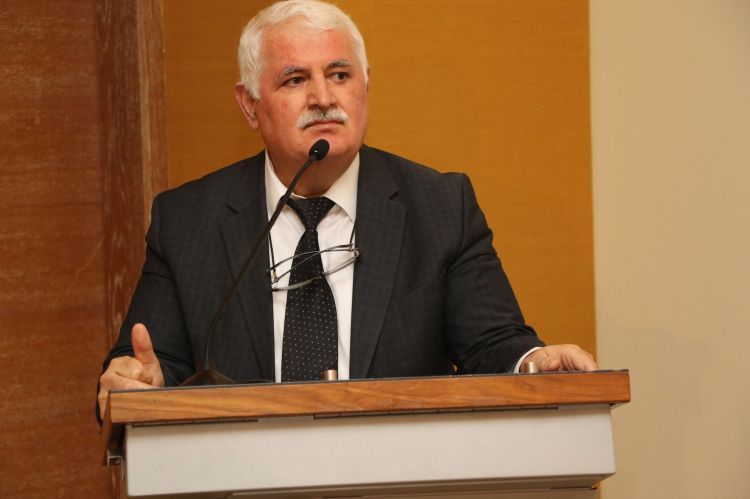 The International Eurasia Press Fund, a member of the UN ECOSOC with the Main Consultant status, calls the world countries and international organisations for recognition of the massacre of Khojaly committed in Nagorno-Karabakh on February 26, 1992 by the Armenian Armed Forces together with the 366th Regiment of the Soviet army in the city of Khojaly, home to more than 7,000 Azerbaijani civilians. Eurasia Diary presents the text of the appeal:

The Khojaly genocide is a crime against humanity. The population of this ancient city was mass killed because they were Azerbaijanis. The civilian population, the elderly, women, children, and the disabled were subjected to the most brutal torture, and people were cruelly murdered. As a result, 5379 people of Khojaly were deported, 613 people, including 106 women, 63 children and 70 elderly people were killed with special cruelty, and all members of 8 families were eradicated. Only one member of 27 families survived, and 239 family leaders were killed. At the same time, 487 people were seriously injured and 1275 people were taken hostage. The fate of 150 captives is yet unknown. Of those, 68 were women and 26 were children.

Armenian military units committed crimes against the Azerbaijani civilian population in the early 1990s in Garadagli, Aghdaban, Umudlu villages and other settlements. As a result, thousands of civilians were killed, tortured and displaced. About 4,000 Azerbaijanis were captured and went missing. Even today, their fate is unknown.

In response to the next provocation of the Armenian military units Azerbaijan waged the Patriotic War on September 27, 2020 to liberate the occupied territories. As a result of the bombing of settlements with prohibited weapons in Ganja, Barda, Tartar, Agjabadi, Naftalan and other cities, regions, hundreds of kilometers away from the military operations zone of the Armenian military units, more than 100 civilians were killed, over 400 people were injured and more than 4,000 houses, including over 135 buildings were destroyed. Both the Khojaly genocide in 1992 and the bombing of the civilian population in 2020 are clear manifestations of Armenia's policy of violence against Azerbaijanis.

Today, as a result of the campaign "Justice for Khojaly!" the world community is being informed about the Khojaly genocide, and various countries are giving international legal assessment to the tragedy. Over the past period, the legislatures of 17 countries, as well as 23 US states and the Organization of Islamic Cooperation have adopted resolutions and other documents on the Khojaly genocide. Despite all this, to date, none of those directly involved in the crimes committed by the Armenian armed forces against humanity in Khojaly has been prosecuted.

February 26 is the day of genocide that will not be erased from the memory of the Azerbaijani people. We call on the world powers and international organizations not to remain silent to this human tragedy. We call for the condemnation of crimes against humanity and the serious condemnation of revanchist, extremist and terrorist activities. We call on the governments and parliaments of all countries to listen to their consciences, to bring to justice the former military and political leaders of Armenia and their accomplices, and to recognize the Khojaly genocide, one of the most brutal genocides of the 20th century.