Azerbaijani civil society organisations have signed a petition against Armenia 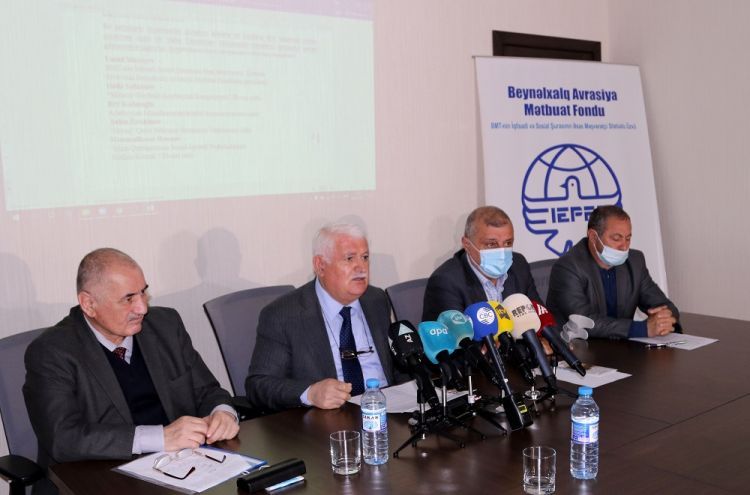 A group of civil society organisations operating in the war-affected regions of Azerbaijan has filed a petition against Armenia on the world-famous website www.change.org. This was announced by the President of the International Eurasia Press Fund, a key member of the UN Economic and Social Council (ECOSOC) with the General Consultative status, one of the main initiators of the petition.
The petition is a protest against the nearly thirty-year occupation of Nagorno-Karabakh and surrounding regions of Azerbaijan, as well as the seriously mining of the territories by Armenians after the withdrawal of the Armenian troops in the post-conflict period and their refusal to provide maps of those mined areas.
The document reads: "Armenia knows where those mines have been buried, but refuses to disseminate this information. "Armenia is hiding the key to this secret, trying to keep IDP families in fear and prevent them from returning home."
On February 22, 2021, the Azerbaijani Foreign Minister proposed the United Nations to urge Armenia to indicate the location of landmines in the liberated areas.
The petition is a joint appeal of many people on change.org to refer the document to the world powers, international organisations and the media to address the landmine problem facing Azerbaijan. It is significant to note that the world-famous change.org website has about half a billion subscribers. The issues raised on the site have been successful in 72,807 countries.
Citizens of Azerbaijan also can visit the website of https://www.change.org/p/republic-of-armenia-urge-armenia-release-the-map-of-landmines-in-liberated-areas-of-azerbaijan-to-save-lives and sign the petition. By signing this petition, your call for Armenia to reveal maps of mined areas could prevent the loss of many innocent lives. These people have the right to live without fear of losing their lives and being seriously injured by falling into those mines that can be neutralised.
It should be noted that the civil society organisations that joined the petition represented by Umud Mirzayev, President of the International Eurasia Press Fund, Rey Karimoglu, Chairman of the Azerbaijan Mine Action Association, Hafiz Safikhanov, Chairman of the Azerbaijan Mine Ban Campaign, Shahin Ibrahimov, Chairman of Dayag NGHO. On March 25, 2021, Mammadhasan Hasanov, chairman of the "Assistance in Solving the Socio-Economic Problems of the Mine Victims" Public Union, appealed to international organisations to demand maps of the territories of Azerbaijan mined by the Armenian military units.
The IEPF Press Department