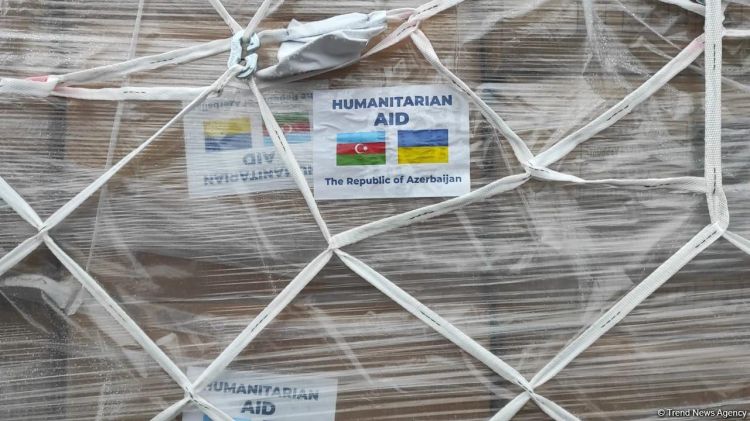 The government of Azerbaijan has dispatched 20 tons of humanitarian aid to Ukraine's Dnieper, mayor of the city Boris Filatov said.

According to Azerinews, Filatov expressed gratitude to the Azerbaijani Ambassador Elmira Akhundova and the people of Azerbaijan, noting that Dnieper, as a city where a large Azerbaijani community lives, will always remember this support.

Chairman of the Country Defense Fund charity Natalia Kostyuchenko also expressed gratitude in this regard.

"We are sincerely grateful to the embassy and the people of Azerbaijan for this assistance," she added.

The embassy noted that Azerbaijan had already delivered to Ukraine over 1,000 tons of extremely important humanitarian aid since the military conflict.

On February 27 and March 12, 2022, a total of nearly 520 tons of humanitarian aid consisting of medicines, medical supplies, instruments, and equipment, as well as food products, with a total amount of AZN21.5 million (more than €11.5 million) was sent to Ukraine on the orders of Azerbaijan's leadership.

On April 21, another humanitarian aid with a total weight of more than 170 tons was sent to Ukraine. The aid included medicines and medical supplies worth AZN3.37 million ($1.98 million), as well as food products worth AZN1million ($590,000).

In late March, Azerbaijani Foreign Minister Jeyhun Bayramov said that about 20,000 Azerbaijanis left Ukraine due to the situation in the country.

Azerbaijan earlier called Moscow and Kyiv for dialogue to end the ongoing crisis in Ukraine.

Foreign Minister Jeyhun Bayramov made the remarks in an address to the UN Human Rights Council meeting on March 2.

"Ongoing humanitarian crisis requires urgent measures to help those affected. Azerbaijan provided humanitarian assistance and calls on both sides to dialogue," he said.

The minister expressed Azerbaijan's regret over the situation in Ukraine. Bayramov noted that civilians and civilian infrastructure must be protected, underlining that human rights must be constantly observed.

"Azerbaijan regrets that the ongoing situation in Ukraine leads to human casualties, especially among the civilian population," he said.