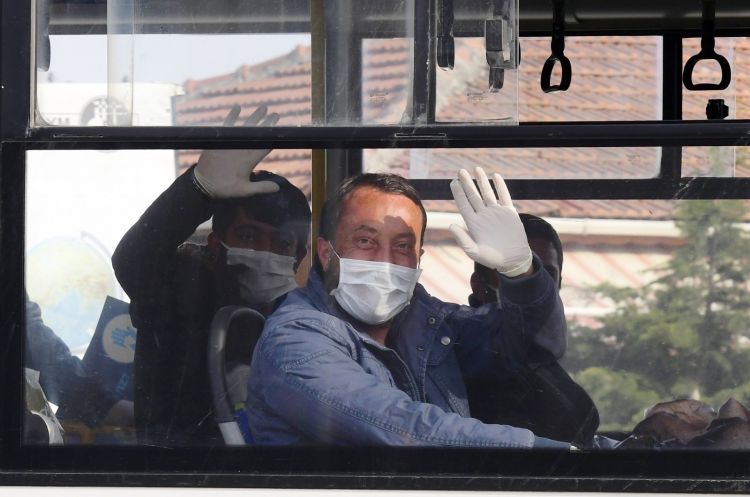 Just a week before the deadline, the government implemented a lengthy extension to leaves for convicts serving their time in “open” (minimum-security) prisons, a decision that gave relief to thousands of people.
People convicted of petty crimes were given leave in the early days of the COVID-19 pandemic, in a bid to reduce the crowding in prisons, one of the riskiest places for infections as people live in close quarters.
Following a Cabinet meeting, President Recep Tayyip Erdoğan announced late Monday that they reviewed the leaves and decided to extend the leave to July 31, 2023. Erdoğan said he hoped Parliament would pass the relevant regulations for the extension soon.
Though the issue does not appear related to COVID-19 risk as it largely receded in the country, the government apparently responded to the demands of convicts and their families who have been campaigning for an extension. They say most of the convicts set up new lives, some started families and “rehabilitated” as they were striving to make a living outside at the height of the pandemic which dealt a blow to the incomes of millions.
Opposition politicians hailed the government’s decision although they called for more freedoms for convicts. Mustafa Sarıgül, chair of the Party for Change in Turkiye (TDP), who has been at the forefront of the campaign for a pardon for convicts, lauded the decision in a social media post. He also reiterated his call for a general pardon. Ömer Faruk Gergerlioğlu, a lawmaker from the opposition Peoples’ Democratic Party (HDP), also commended the extension in a statement on social media on Tuesday, saying a return to prison would be “destruction” for convicts. He also called the government to find “a permanent solution” to the issue, “so (convicts) would continue their lives outside.” Convicts in open prisons are granted the right of leave for weekends under existing laws.