"We expect extradition of 41 Azerbaijani citizens who fled to Iran" - Prosecutor General - ednews.net 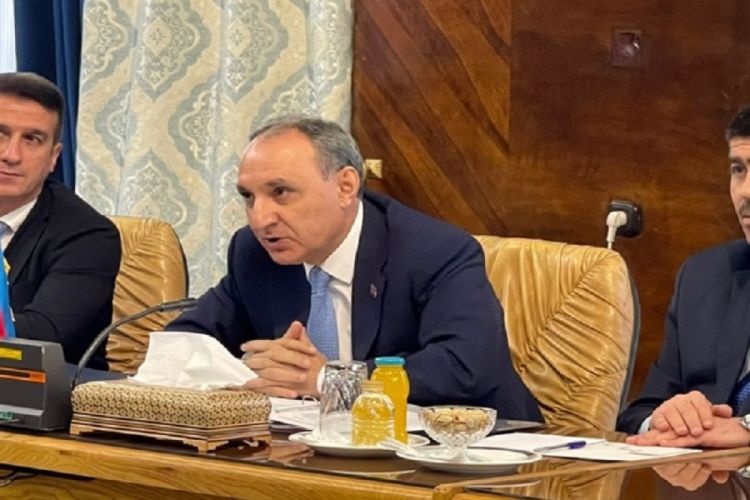 Prosecutor General of the Republic of Azerbaijan Kamran Aliyev, who is on a visit to Tehran, has met with Iranian counterpart Mohammad Jafar Montazeri, Iranian media reports.

According to information, Kamran Aliyev said at the meeting that if the relations between the two countries are at a high level, it will have a positive effect on other relations, including the judicial system. It was noted that the government of Azerbaijan approaches the fight against illegal drug trafficking very seriously: "A number of Iranian prisoners in Azerbaijan have drug-related crimes and those whose sentences have been completed can be extradited within the framework of the extradition agreement, and in this regard, negotiations are underway regarding the exchange of 137 prisoners. Court investigation 41 Azerbaijani citizens fled to Iran.

Prosecutor General said that we expect these persons to be extradited to Azerbaijan as they are considered a threat to the security of Azerbaijan.

Kamran Aliyev presented the list of mentioned persons to his counterpart.