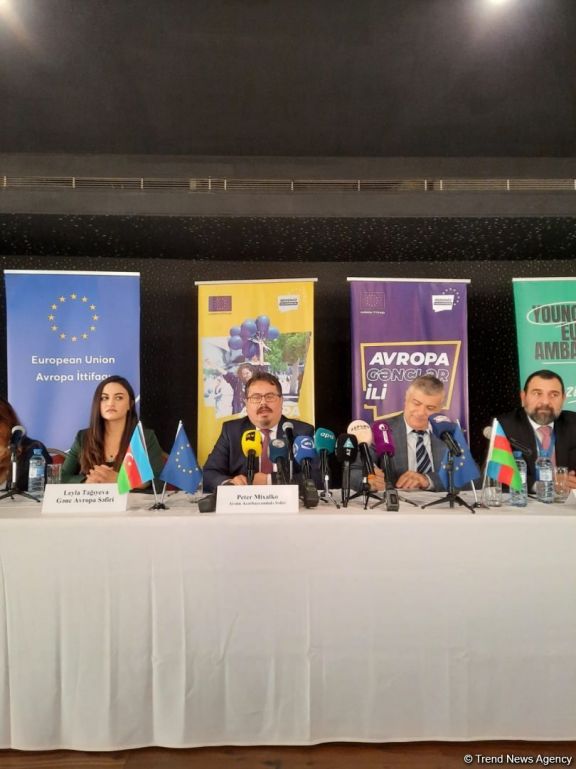 The EU continues to support Azerbaijani youth in the fields of education and employment, Ambassador of the European Union to Azerbaijan Peter Michalko said during a press conference, dedicated to European Youth Days, Trend reports.

According to him, the EU, in relation to this, started a youth campaign in Azerbaijan.

"Several events have been held for the youth. The EU declared 2022 'Year of Youth' after two difficult years of the COVID- 19 pandemic. The EU plans to create equal educational and employment opportunities for young people through the campaign," he said.

Michalko pointed out that in the field of education in Azerbaijan, record success has been achieved.

"In the period before the pandemic, scholarships to 3,500 Azerbaijani students were provided as part of the Erasmus+ exchange program. This year the figure has significantly increased. Last year, 500 educational institutions took advantage of loans under the loan program," he said.

He also said that the program will be implemented not only in Baku, but also in the regions of Azerbaijan.

"More than 10,000 children and parents in the regions were involved in the early childhood development awareness program. Also, 885 people from the regions received professional training," Michalko added.