Azerbaijan marks 2nd anniversary of liberation of Lachin from occupation 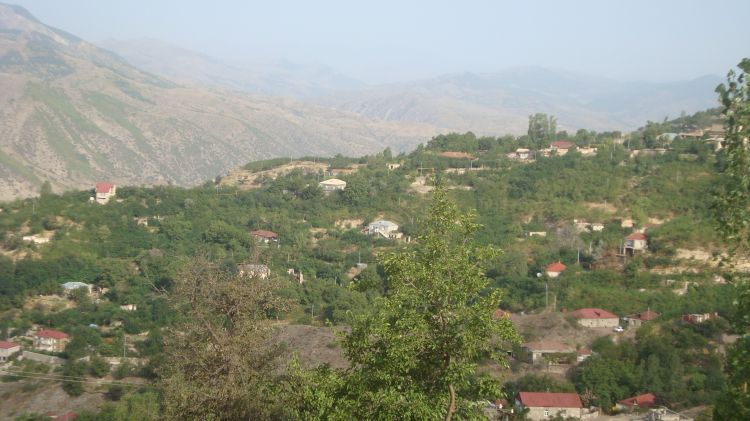 Azerbaijan marks the second anniversary of the liberation of Lachin from occupation, Ednews reports.

The counter-offensive launched by the Azerbaijani Army against the Armenian aggression on September 27, 2020, ended with a great victory on November 9, 2020.

Recognizing its defeat in the war with the liberation of Shusha on November 8, Armenia was forced to sign an act of capitulation.

Azerbaijan managed to liberate Aghdam, Kalbajar, and Lachin regions without any losses.

However, from November 10, 2020, to December 1, 2020, when the statement was signed, for 20 days, Armenians caused destruction in the city of Lachin and the territory of the region, while leaving the region they looted, burned, cut down trees, and resorted to environmental terrorism.

On December 1, 2020, President of Azerbaijan Ilham Aliyev congratulated the people of Azerbaijan on the liberation of the Lachin region from the occupation in his televised address.

"It is with great joy that I announce that the Lachin region was liberated from occupation. I heartily congratulate all the people of Azerbaijan on this occasion. Liberation of Lachin region from occupation is a historical event. We returned to the Lachin district without even firing a shot. We forced the enemy to do this. The brilliant victory achieved on the battlefield led to the wonderful result that our three districts - Aghdam, Kalbajar, and Lachin - were returned to us. We have returned these regions without firing a single bullet or martyr," said Azerbaijan's {resident Ilham Aliyev.

It should be noted that on August 26, 2022, the villages of Zabukh and Sus of Lachin district were also taken under control, and the Azerbaijani Army was stationed in the city of Lachin.

It should be recalled that the Lachin region was occupied by the Armenian Armed Forces on May 18, 1992. During the occupation, Armenia looted and destroyed the city of Lachin, and the residential areas of the region, historical, cultural, and religious monuments and cemeteries were erased from the earth.