Moldova to move Israel embassy from Tel Aviv to Jerusalem 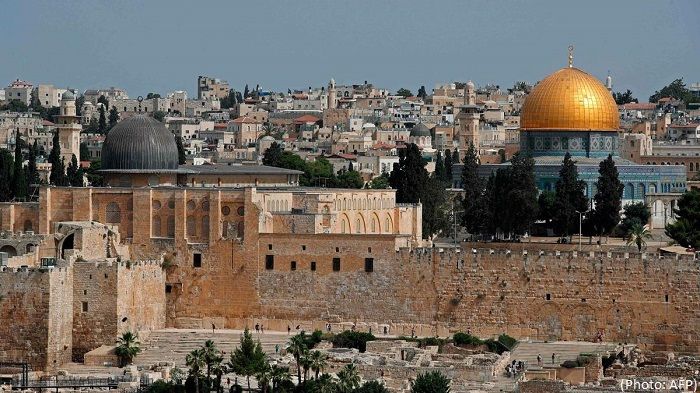 The small Eastern European country of Maldova is in the midst of a political and constitutional crisis. So its interim government trying to hold on to power is taking an atypical approach to shore up support: Moving its embassy in Israel from Tel Aviv to Jerusalem.

In a statement announcing the move on Tuesday, interim Prime Minister Pavel Filip additionally pledged to push forward with a land deal for constructing a new American embassy in Maldova. He tied both decisions to the political unrest, in which pro-Russian and pro-European Union parties have been in a deadlock trying to oust Mr Filip’s ruling oligarch-led party since elections in February.

“We are in the situation to urgently adopt these decisions taking into account the political instability and uncertainty in the country, but also the latest political developments whereas one of the political parties that constantly blocked these two projects is attempting an illegal takeover of power,” said Mr Filip, a former prime minister with the Democratic Party of Moldova, which is led by a controversial oligarch, in a statement.

“These are two commitments that we have previously undertaken and we want to make sure they will be respected, regardless of what happens after the snap elections” now happening in September.

He added: “Both projects are commitments undertaken by the Government of the Republic of Moldova and the Government acted in order to avoid their long term blockage by the political crisis in the country.”

Its foreign ministry said that Mr Filip had “implicated his country in a violation of international law and the UN Charter to keep rule in his hand or to win American and Israeli support.”

Hanan Ashrawi of the Palestinian Liberation Organisation executive committee called on the EU to take action against Maldova, which is not an EU member.

“The European Union should halt Moldova's political and economic integration until the latter rescinds its illegal and provocative action and realigns its policy with international law and the collective EU position regarding the Palestinian question,” she said, according to the official Palestinian news agency, Wafa.