Tehran is preparing for a showdown with the US | Eurasia Diary - ednews.net

Tehran is preparing for a showdown with the US

Iran's escalation has backfired, even with trusted allies, and it is edging closer to red lines 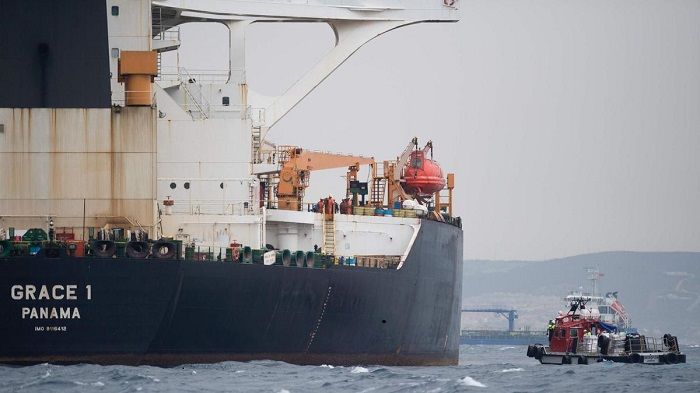 Following US accusations of Iran being behind the recent attacks on tankers in the Gulf, tensions between the two countries are set to escalate further this week as decision-makers in Tehran continue to see the status quo as favouring them, and feel gleeful at the level of panic shown by the Europeans and the International Atomic Energy Agency, writes The National.

For its part, the US administration has adopted “strategic patience”, content with its policy of economically strangling Iran to coerce it into negotiating a new deal that covers both its nuclear enrichment and its ballistic missiles and possibly its regional expansionism and regime reforms. Both sides want a deal but have mutually exclusive conditions and are preparing for the next step as they inch closer to a military confrontation.

Washington is now in the process of forming a naval alliance that Joseph Dunford, chairman of the Joint Chiefs of Staff in the US, said would be ready within a fortnight with the aim of protecting navigation in the Straits of Hormuz and Bab al Mandeb. This is while the US and Britain have blamed Iran for attacks on oil installations and tankers in the Gulf, with London deploying two British warships so far to the region.

Iran has responded to the formation of this US-led naval coalition by demanding all foreign forces leave the Middle East. The leadership in Tehran believes prolonging the current situation serves its interests and thus intends to escalate further. If the US fires first, Iran might attack US bases in Bahrain and Qatar. But the Trump administration will also escalate by greatly tightening the sanctions on Iran and its proxies, according to the US president. Sources said the sanctions would be tantamount to a full blockade of Iran, with the assets of Iranians and non-Iranians affiliated to the regime frozen.

Both sides are also preparing for a military showdown. According to sources, the US needs a week to ensure full readiness to do so, although its current deployment is sufficient for a swift military strike if necessary. Iran is also preparing its forces and proxies in the Arab region, from Hezbollah in Lebanon to the Popular Mobilisation Forces in Iraq. In other words, unless a deal precludes confrontation, the current trajectory of events indicates pending military hostilities in the Gulf and Middle East.

From the US perspective, meanwhile, and even from the perspective of some European countries, Iran’s violation of the cap on uranium enrichment cannot be ignored.

So far, all mediation efforts have failed to convince Iran to abandon its demands for an end to sanctions before agreeing to negotiate.

Russian President Vladimir Putin is still trying to play the role of broker with the Iranians to curb their escalation and attempts to provoke a US military strike. Mr Putin’s previous attempts have all failed but he continues his quest to stop military confrontation in its tracks.

Iran’s leaders, however, are dissatisfied with Russia’s "soft" position. Iran had wagered on Russia, China, and EU powers to help navigate a way out of US sanctions.

Yet so far, Iran’s escalation has backfired with the Europeans, who have distanced themselves from Iran and edged closer to the US, especially after Tehran increased uranium enrichment and exposed the flaws of the nuclear agreement. Iran also understands now that China is unwilling to enter the fray on its side. As for Russia, Iran has miscalculated in assuming the alliance with Russia in Syria would extend to the Gulf or to a US-Israeli-Iranian triangle.

If Iran crosses the threshold of uranium enrichment to 20 per cent in two months, it would cross an unacceptable red line for Europe, China, and Russia as well as the US.

The next level of putative sanctions could further rile the Iranian leadership and drive it either to more escalation or nudge it to adjust its behaviour and renegotiate the deal. This could take the form of a naval blockade and measures to prevent all countries from dealing with Iran and its proxies and further sanctions.

Arab Gulf countries do not want a war and are avoiding escalation. However, they want to be present at the negotiating table to decide issues affecting their security and future.

Iran will seek to use the looming US elections to test the American president, with a view to limiting negotiations only to the nuclear issue and ballistic missile programme in return for turning a blind eye to Iran’s regional expansion. Israel is important in this equation because Mr Trump has a bias for the country. So the question here is: will Israel want to maintain its historic truce with Tehran as part of accords over Iran’s presence in Syria and Lebanon?

If a grand bargain is reached, it is important for Arab countries to be part of it, or else it will be incomplete and precarious. If Mr Trump achieves the impossible and concludes such a deal, it may be a historic achievement that will please everyone.

Until then, Tehran and its allies are preparing themselves for a confrontation. Hezbollah in Lebanon is waiting for orders from Tehran, poised to respond to an Israeli strike on nuclear reactors in Iran. In the meantime, the group intends to respond to recent US sanctions on its senior members, not by directly attacking US interests but by forcing the Lebanese government to publicly denounce the sanctions and offer it support. The US has reportedly told the Lebanese government that such a stance might invite sanctions against the state, something Lebanese politicians will be keen to avoid.