Unknown fighter jets tried to attack the Russian air base in Syria
Read: 2914

When Real Madrid or Barca knock on the door the other clubs must tremble - Guardiola on Sterling transfer
Read: 289 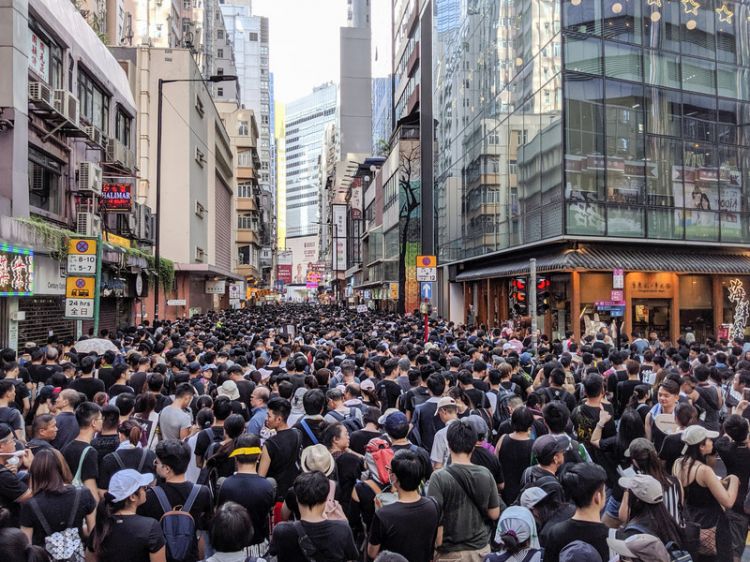 For the first time after two months of large-scale demonstrations in Hong Kong, the European Union and Canada have urged Chinese authorities to engage in a debate with all stakeholders in order to recover the stability and prosperity of the province.
"Fundamental freedoms, including the right of peaceful assembly, and Hong Kong's high degree of autonomy under the 'one country, two systems' principle, are enshrined in the Basic Law and international agreements and must continue to be upheld," EU foreign affairs chief Federica Mogherini said on Saturday (17 August) in a joint statement with Canada.
She condemned the "rising number of unacceptable violent incidents," which may produce "risks of further violence and instability."
"It is crucial that restraint be exercised, violence rejected, and urgent steps taken to de-escalate the situation," she added.
The joint EU-Canada statement was "part of a clear expression of support for the protesters coming from the international community," Roderic Wye, expert on China at the London based think-tank Chatham House told EUobserver.
And China immediately hit back.
"The 'one country, two systems' is enshrined in the Constitution of the People's Republic of China and the Basic Law of the Hong Kong SAR, not [in] international law", the Chinese mission to the EU said.
"We once again urge the EU side to observe international law and the basic norms governing international relations, respect China's sovereignty in good faith, and immediately stop meddling in Hong Kong affairs and China's internal affairs," it added.
The diplomatic exchange comes after China, last week, sent hundreds of security officers and military equipment to the Sports Center of Shenzhen, a city across the border from Hong Kong, in a show of force.
But Chatham House's Wye said "a military intervention would only happen if the situation in Hong Kong gets completely out of control".
"It would be a very risky and costly decision for Beijing if it fails," he said.
The United States has also called for dialogue.
"If [Chinese] president Xi would meet directly and personally with the protesters, there would be a happy and enlightened ending to the Hong Kong problem," US president Donald Trump said last week on Twitter.
But for Wye, "the Chinese government has nobody to negotiate with because there is not a representative body that speaks on behalf of the protestors."
"The fact that demonstrations do not have a public face has been key to their success. Otherwise, those in charge would have been already arrested," Wye said.
The protests were originally related to a controversial extradition law, but they have escalated into a wider movement against Chinese interference in the semi-autonomous region.
This extradition bill would have allowed suspects and fugitives to be sent for trial to mainland China.
The existing legislation says Hong Kong authorities can only extradite people to countries with which it has standing extradition agreements.
"The extradition law changes would irrevocably damage Hong Kong's status as the safe harbour for people peacefully promoting human rights in China, and should be scrapped," said Sophie Richardson, China director at Human Rights Watch in a statement published on their website.
The protesters' current demands include the complete retraction of the proposed extradition bill, universal suffrage to choose Hong Kong's leaders and the guarantee of amnesty for those arrested due to the demonstrations.
Broader pro-Hong Kong democracy protests have also spread across the globe during recent weeks, with concentrations in the UK, France, US, Canada, and Australia.
Despite the warnings coming from the Chinese government, the Civil Human Rights Front (CHRF), the organisers of several of the events, gathered hundreds of thousands of people in the streets of Hong Kong last Sunday.
According to Reuters, CHRF estimated that 1.7m people attended yesterday's rally, making it one of the largest demonstration since the protests began in early June.