India is ready to abandon the Su-57 and focus on buying the American F-35s
Read: 605

China sowed political discord and undermined the protest movement in Hong Kong on Twitter, the company has said. The social media platform notified Facebook, where a state-backed disinformation operation was also found. 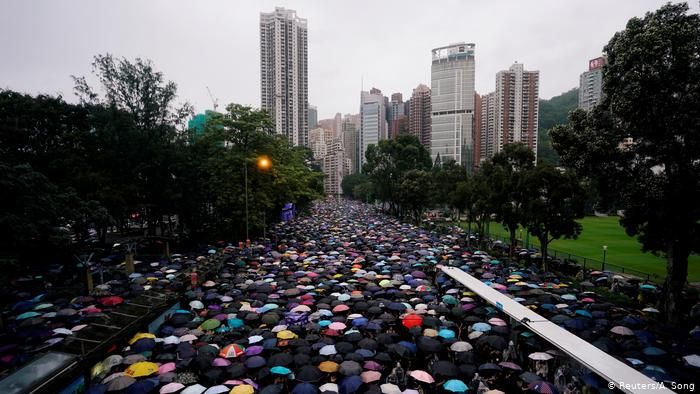 Twitter accused the Chinese government on Monday of using its platform for an influence campaign targeting the Hong Kong protest movement.
"We are disclosing a significant state-backed information operation focused on the situation in Hong Kong, specifically the protest movement and their calls for political change," Twitter said in an online post.
Some 936 core Twitter accounts, which originated from within China, attempted to sow political discord in Hong Kong by undermining the protest movement's legitimacy and political positions, the company said.
Twitter suspended more than 200,000 automated accounts that had amplified these messages, by engaging with the core accounts.
A company official told AP that the accounts were suspended for violating the social its terms of service and "because we think this is not how people can come to Twitter to get informed."
Twitter will also ban adverts from state-backed media companies, much like it did in 2017 to two Russian entities.
The measures are part of what a senior company official said was a broader effort by Twitter to crack down on malicious political activity, following criticism of its role in enabling election interference and for allowing content deemed to be propaganda by state-run media organizations on its platform.
Facebook also targeted
The social media giant Facebook, which is more widely used in Hong Kong, said it was notified by Twitter about the malicious activity.
On Monday, Facebook removed seven pages, three groups and five accounts, including some that portrayed protesters as cockroaches and terrorists.
Although Facebook does not release the data on state-backed influence operations, the company confirmed that the groups and accounts originated in China.
The individuals responsible for running the Facebook campaign used "deceptive tactics" including fake accounts to pose as news organizations, spread content and steer people to news sites, Facebook's head of cybersecurity Nathaniel Gleicher said.
"They frequently posted about local political news and issues including topics like the ongoing protests in Hong Kong," Gleicher said.
"Although the people behind this activity attempted to conceal their identities, our investigation found links to individuals associated with the Chinese government."