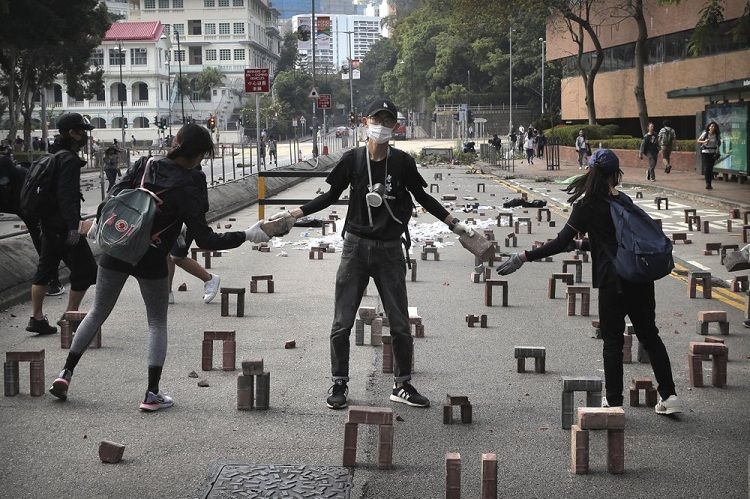 Rebellious students and anti-government protesters abandoned their occupation of at least one major Hong Kong university after a near weeklong siege by police, but some other schools remained under control of demonstrators on Saturday, Eurasia Diary reports citing Associated Press.

Traffic disruptions continued to plague parts of the city, and schools and universities remain closed in the city of 7.5 million people.

Now in their sixth month, the anti-government protests have grown increasingly violent even as they have shrunk in size, often causing chaos in the streets.