Prof. NS. Shenocak - cruelty of some EU states is against the Charter of Human Rights and should be condemned
Read: 843

Greece locks down Muslim towns after emergence of coronavirus cases 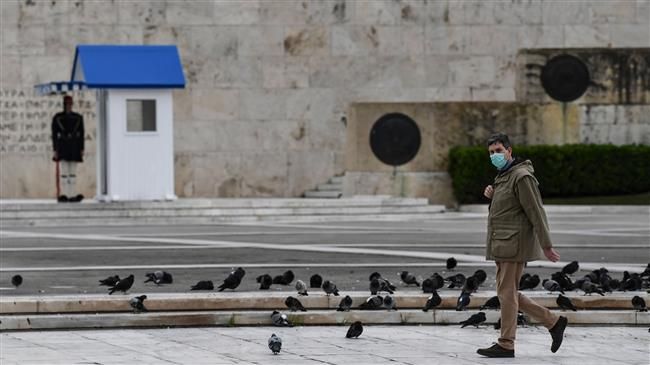 Greek authorities have quarantined a cluster of Muslim-majority towns and villages in the country's northeast after several cases and a death from the new coronavirus in the area, EDNews reports citing Press TV.

The area in Xanthi Prefecture was placed in lockdown as of Wednesday evening as nine people in the region overall have tested positive for the virus over the past six days, Civil Protection Deputy Minister Nikos Hardalias told reporters.

"All residents have been temporarily confined at home. No exceptions are allowed," Hardalias said.

The center of the outbreak appears to be the small Pomak town of Ehinos, a community of about 2,500.

"Ehinos residents will be provided with food and medicine," Hardalias said.

Police were deployed Thursday on a bridge leading into town to enforce the lockdown, television footage showed.

"It's better to take some measures now than to cry about this later," said Huseyin, the mayor of the local administrative center of Miki.

The Pomaks are a Muslim group of Slavic origin who live mainly in neighboring Bulgaria.

They make up part of Greece's roughly 110,000-strong Muslim minority in the country's northeast bordering Turkey.

Many of them work as migrant industrial workers in other European countries.

According to state TV ERT, several hundred Pomak workers have recently returned from shipyards and construction work in Italy, France, the Netherlands, Belgium, and Germany.

"I estimate that around 1,000 workers returned from central Europe, Germany, the Netherlands and France. Many were in Turkey for work or study," Xanthi Mayor Manolis Tsepelis told Ethnos news portal.

"Many of them were carrying the virus without knowing," Tsepelis said.

"These are tightly-knit societies with large families," he said.

There are 22 deaths and 821 officially announced infections from the coronavirus in Greece, which has a population of 11 million.

Two mountain villages in northern Kozani Prefecture had also been placed under quarantine last week after several confirmed cases in the area.