Azerbaijan has right to use its armed forces to take back its legally acknowledged territory - British journalist
Read: 6185 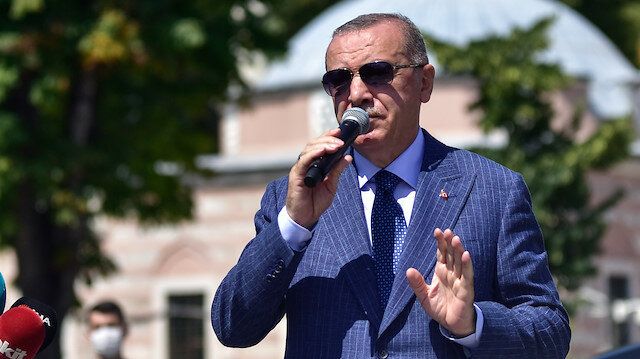 The "worthless” maritime deal just announced between Cairo and Athens has no effect on the issue of exclusive economic zones in the Eastern Mediterranean, Turkey’s president said Friday, EDNews.net reports citing Yeni Safak.

"The agreement between Greece and Egypt is worthless," Recep Tayyip Erdoğan told reporters in Istanbul after Friday prayer at the Hagia Sophia Mosque.

"There's no need to talk with those who have no rights, especially in maritime jurisdictions," Erdoğan added.

Egypt on Thursday announced that it signed a bilateral agreement with Greece on the delimitation of maritime jurisdictions between the two countries in the Eastern Mediterranean.

The Turkish Foreign Ministry slammed the "so-called agreement" in a statement, asserting that Greece and Egypt share no mutual sea border and that the deal is "null and void" for Ankara.

It added that the demarcated area in the agreement was located on Turkey's continental shelf, as Ankara has reported to the UN.

Turkey has long opposed the efforts of various countries to exclude it from its rightful maritime jurisdiction, despite it having the longest coastline in the Eastern Mediterranean.

The efforts have especially tried to deprive Turkey of its rights to explore for energy resources in the region, which Turkey has encouraged the fair sharing of by regional countries.