Prof. NS. Shenocak - cruelty of some EU states is against the Charter of Human Rights and should be condemned
Read: 792

Madrid will block any attempts by Barcelona - EXCLUSIVE 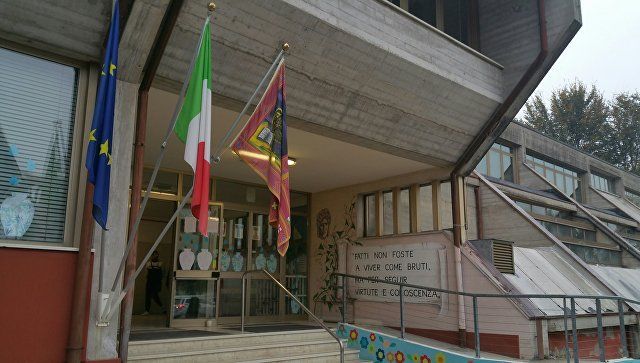 Representatives of the party of "League of the North" (Lega Nord) are in power in the northern Italian provinces, in the early 1990's it advocated the complete separation of these territories from the rest of Italy and the creation of an independent republic of Padania. In recent years, the League has moved from separatist to federalist positions, insisting on the maximum autonomy of the developed northern territories of the country from the relatively backward center and south, above all, it is all about fiscal autonomy. The referendums held in Lombardy and Veneto confirmed the current line of the party and, what is characteristic, did not cause protests in Rome. This happened largely because fiscal federalism in the last decade, mainly thanks to the "League of the North", has become one of the mainstream ideas of Italian politics, which is not considered something too extreme.
The League of the North officially supports the right of nations to self-determination and places this right above the principle of the integrity of the state. For example, that is why the party from the very beginning recognized the Crimean referendum and the entry of the peninsula into Russia. Representatives of the League repeatedly came to the Crimea, and local councils of the northern Italian provinces adopted resolutions demanding that Rome withdraw from the regime of anti-Russian sanctions, which affected local exporters.
"League" also supports the desire of some Catalans to independence. However, I believe that the fact that the referendum in Lombardy and Veneto passed almost immediately after the Catalan one is more a coincidence. In the context of today's trends, of course, this is seen by many as confirmation of the trend for autonomy characteristic for a number of European countries.
The EU countries are very tightly connected economically with each other. Even the withdrawal from the European Union of such a strong state as the United Kingdom, made a lot of problems for London, including the desire of some other EU countries to punish the British for their choice. In this regard, the possibility of creating an independent, but at the same time being at the part of the EU, Catalonia is not seriously considered by anyone. Madrid will block any attempts by Barcelona towards EU membership. And, as I already said, some time ago ‘League of the North" refused by her own from the idea of independent Padania.
The current separatist tendencies in the European Union are related both to internal and external problems. Domestic is a slowdown in economic growth, which entails a desire to dump "ballast" in the form of recipient regions. External, which are turning into internal ones, is the permeability of EU borders for illegal or undesirable migrants from countries with non-European culture. The desire to gain or restore its own national sovereignty in this case is associated with the possibility of controlling its own external perimeter and ensuring security, which is undermined by the absence of borders into the Schengen zone.
Thus, while maintaining current trends, issues of autonomy or even the separation of particular regions within the EU member states will be raised quite regularly, giving for central governments, and at the same time for Brussels difficult choice: either listen to the demands of the dissatisfied, or, on the contrary, try to toughen the regime.