'At best, vaccine will be found in 9 months, while at worst virus will spread again' - UN Secretary-General says
Read: 413

If the United States imports its low-value goods from Africa, rather than producing them domestically, then the U.S. economy can focus on what it best produces: high-value specialized goods and services. 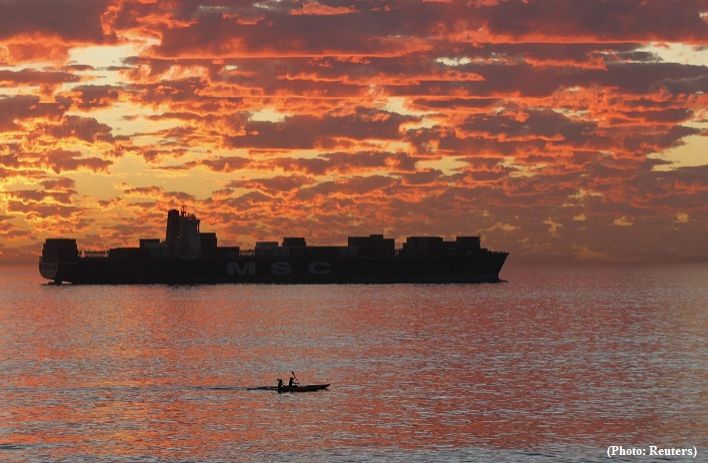 The poorest continent in the world is about to lend a hand to the United States. Last week, Africa implemented the world’s largest free-trade area, and that’s great news for American foreign policy. Back in December, U.S. National Security Advisor John Bolton unveiled a plan for the Trump administration’s titled the “Africa Strategy.” The plan is simple—the United States will give less aid to Africa, instead prioritizing enhancing America’s “economic ties with the region.” Now that many African nations have unified under a single market, trading with the continent will become far easier—and a trade deal between the United States and Africa would help out everyone involved.

The African Continental Free Trade Area (AfCFTA) trade deal officially came into force on May 30, a month after it reached the twenty-two-nation threshold needed to do so. Now, tariffs on 90 percent of the goods traded among AfCFTA member states will be removed—a move that, according to the UN, will boost intra-African trade by 52 percent in only a few years.

Given the United States’ new plans for the continent, the AfCFTA’s member states aren’t the only economies that will reap the benefits of an African single market.

A key component of the Trump administration’s Africa Strategy is to advance “U.S. trade and commercial ties” with Africa by creating “modern comprehensive trade agreements.” A single African market will be a far simpler trade partner for America. Now, only one set of trade deals will need to be negotiated with the AfCFTA—as opposed to fifty-five intricately-crafted trade deals with each small African economy. The U.S. Trade Representative has even released a report noting how time-consuming and costly it is to negotiate trade deals with each African nation. Because trade deals are long and expensive processes, creating a solitary trade deal with the AfCFTA will keep more money in the U.S. government’s purse.

As Bolton notes, another key aim of the Africa Strategy is to create a more “reciprocal exchange between the United States and the nations of Africa.” If all fifty-five African nations unite under the AfCFTA, then it’ll do just that. In fact, it’ll create a market with a shocking GDP of over $3 trillion—the fifth-largest economy in the world. American businesses will soon find fantastic opportunities to buy cheaper commodities, and to manufacture their goods at a lower cost than would have otherwise been possible. If the United States imports its low-value goods from Africa, rather than producing them domestically, then the U.S. economy can focus on what it best produces: high-value specialized goods and services.

If the United States really wants to follow through on its plan to help Africa’s economy thrive, then it is vital that a U.S.-AfCFTA trade deal replaces existing American preferential trade schemes like the African Growth and Opportunity Act (AGOA). Right now, AGOA gives developing African countries duty-free access to the U.S. market for some goods, but the agreement is bogged down with far too many exceptions that can change on a whim—causing havoc for domestic African industries dependent on the American trade scheme. Last year, for example, the United States unexpectedly changed AGOA’s terms and suspended Rwanda’s ability to export clothing duty-free, damaging the Rwandan textile industry and putting hundreds of jobs at risk (mostly women’s jobs). Moving away from these malevolent trade schemes and toward a more reciprocal agreement with mutual, unchangeable rules would go a long way in providing economic stability to the poor in Africa.

So far, twenty-four of the fifty-five African member states have ratified the AfCFTA and now that the trade area is operational, many more African nations are expected to join in the coming months. As more countries join the African single market, the potential benefits for both parties to create a U.S.-AfCFTA trade deal will continue to grow.

While the United States seeks to expand trade with the world’s poorest continent, we should all celebrate the fact that a mutually beneficial relationship between America and Africa may finally be on the horizon. A trade deal between the United States and AfCFTA would boost the prosperity of all parties involved and in the case of Africa, potentially lift millions of the world’s poorest people out of extreme poverty. Let’s hope this trade deal is implemented soon.

Alexander C. R. Hammond is a senior fellow at African Liberty. He is also a researcher at a Washington, DC think tank and a Young Voices contributor