Bolton’s Out - Here’s how that could affect Trump’s foreign policy | Eurasia Diary - ednews.net 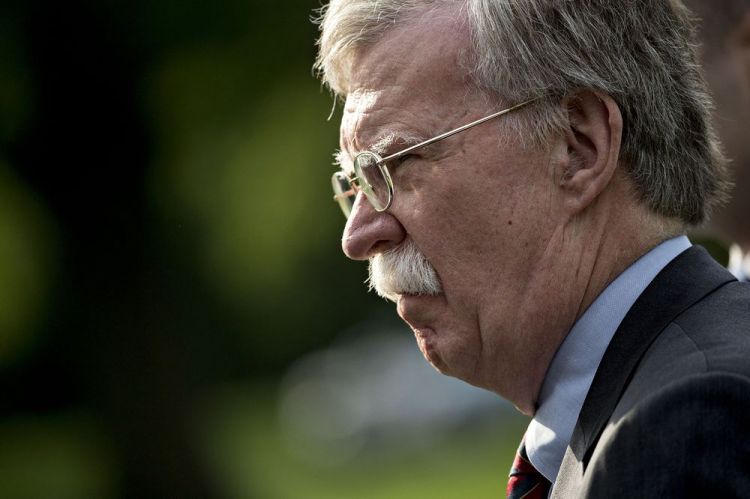 John Bolton’s dismissal as U.S. national security advisor on Tuesday removes the most vocal hardliner from President Donald Trump’s inner circle. Trump has spent his presidency carving out an unorthodox approach to global crises, including his moves to meet Kim Jong Un and court Vladimir Putin.

The shakeup leaves Secretary of State Michael Pompeo -- still a hardliner by most measures -- standing astride Trump’s foreign policy agenda. But the departure of Bolton, who brought an interventionist’s spirit to Trump’s “America First” agenda, may portend a shift in the U.S. approach toward a range of global hot spots.

Trump campaigned on a promise to end America’s “forever wars,” the longest of which is Afghanistan, where the U.S. has stationed troops for 18 years. Bolton’s ouster removes a clear obstacle to carrying through on that promise. His firing came days after the two men disagreed over Trump’s (later-abandoned) plans to invite Taliban leaders to his retreat at Camp David, just before the anniversary of the Sept. 11, 2001 terror attacks.

Bolton’s departure could be bad news for Afghan President Ashraf Ghani, who wasn’t directly involved in the Taliban outreach and wants to ensure that any deal protects the civilian government established after the U.S. invasion.

The news of Bolton’s firing was greeted unofficially in Iran with glee and framed as a vindication of the policies of President Hassan Rouhani and his top diplomat Mohammad Javad Zarif. On the record, Alireza Miryousefi, a spokesman at Iran’s Mission to the UN, said “Iran is unconcerned with the internal deliberations of the U.S.”

Yet Iran has actively sought to decouple Trump from his advisers, hoping to tap into the president’s deal-making instincts and aversion to war. Zarif declared Bolton one member of a so-called “B-Team,” along with Saudi Arabia’s Mohammad bin Salman and Israel’s Benjamin Netanyahu, that he claimed was determined to drag the U.S. into a military confrontation. Tehran may now pursue channels to engage with Trump, who has discussed easing sanctions to bring Iran’s leaders to the table.

Israelis are worried. Without Bolton in the White House, they’ve lost the strongest opponent to U.S. engagement with their arch-nemesis Iran. It’s particularly bad news for Netanyahu, who’s locked in a close race ahead of next week’s elections. Israel is battling Iranian proxies along its northern border, and Netanyahu has personally claimed credit for getting Trump to scrap Obama’s nuclear deal with Iran. Israeli officials privately express dismay that a new deal could now be in the works.

Bolton’s removal could brighten prospects for some sort of deal between Trump and Kim Jong Un. He has long been one of the biggest skeptics of Pyongyang, becoming so reviled that North Korea’s state-run media regularly singled him out for criticism -- although they’ve heaped similar scorn on Pompeo. In April 2018, Bolton said the White House was looking at a so-called “Libya model” for North Korea to abandon its nuclear program, as dictator Moammar Qaddafi did in the early 2000s in exchange for sanctions relief. But while Bolton looked on the following month, Trump told reporters “the Libyan model isn’t a model that we have at all when we’re thinking of North Korea.”

Trump had already seemingly cut Bolton out of decision-making on North Korea: While he was making history as the first sitting U.S. president to step foot inside the country in June, his national security adviser was some 1,200 miles away in Mongolia.

The departure of a longtime skeptic of Trump’s hope of reaching deals with Vladimir Putin and critic of arms-control agreements that Moscow has backed could be good news for the Kremlin. But any rejoicing in Moscow has been tempered by fears that a Trump-led rapprochement will be dashed again by opposition from Congress, which is especially wary of Trump’s fondness for the Russian strongman, and the president’s closest remaining aides.

When Trump made the surprise declaration that he was withdrawing U.S. forces completely from Syria, Bolton help orchestrate a halt to that plan. The U.S. ended up keeping troops at a base strategically placed to monitor Iranian activity in Syria, and Bolton publicly contradicted the president with vows to protect Kurds who were instrumental in the fight against Islamic State. But Trump still wants out.

Bolton is one of the island’s biggest advocates, so his removal could potentially push U.S. support further down the priority list in the Trump administration. Tsai Ing-wen’s administration in Taipei sought to downplay that prospect, saying on Wednesday that it has many friends across Washington.

The failure so far of U.S. efforts to unseat Nicolas Maduro in Venezuela helped undermine Bolton’s standing with Trump. After his departure, a “reconfiguration” of U.S. policies toward Caracas, including Trump’s support of opposition leader Juan Guaido, is in the cards, according to a Brazilian diplomat familiar with the discussions. Elliot Abrams, the U.S. special representative for Venezuela, insisted Wednesday that Bolton’s departure will have no impact on policy in Washington, where he said support for opposition leader Juan Guaido “is truly bipartisan.”

Yet Trump made clear on Wednesday that he didn’t like all the advice he got from Bolton on Venezuela, saying, “I thought he was way out of line and I think I’ve been proven to be right.”