Biden could ruin Israeli operations against Iran by leaking info to US media
Read: 181 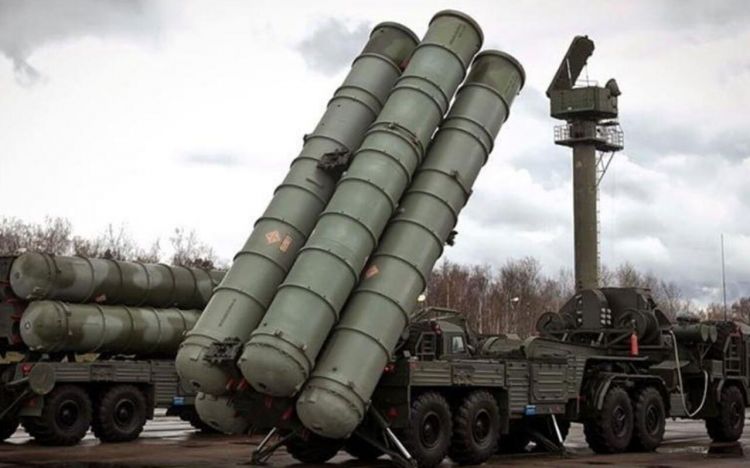 “We are observing signals from the USA , I get impression that behind closed doors, Ankara and Washington could agree to not put S-400 into service,” –Davutoglu noted.

Also number of Russian experts expressed similar opinion on this issue. According to them, there is difficult economic situation in Turkey and it could force Erdogan to abandon the deployment of Russian air defense systems in his country.

“One of the reasons for the delaying activation of S-400 anti-aircraft defense systems is raising common interests between Turkey and USA in the Middle East,”- said Turkish Expert, Ümit Nazmi Hazır.

“In March 5, after meeting with Putin in Moscow, Turkish President Erdoğan said that S-400 will be activated in April. However, recently Turkey officially stated that the activation of S-400 has been postponed due the coronavirus disease,” - Nazmi Hazır noted. \

Turkish expert think that coronavirus is not main reason of the delaying activation of S-400 air defense systems.

“I think, Turkey would not activate S-400 even after coronavirus disease ending. One of the reasons is raising common interests between Turkey and USA in the Middle East. Due to the Iran issue of USA, USA more needs to have cooperation with Turkey, ” he added.

According to opinion of Turkish expert, Turkey would receive economic sanctions in case S-400 systems are activated by Turkey.

“Economic sanctions would damage Turkish economy, because Turkish lira and economy has been fragile in recent years. Moreover, the coronavirus issue damages the economy of Turkey and all countries as well. Hence, Turkey would more suffer if USA imposes sanctions,”  Nazmi Hazır stressed.

“I also would like to point out that after the Idlib crisis resulted with the death of 34 Turkish soldiers, there has been a loss of trust and disappointment regarding Russia in Turkish society and political elites. This has also led Turkish political elites to have good relations with USA. Turkish officials realized that there are problems and huge differences in the approaches of Turkey and Russia,” he added.

“There is a need to remember that Turkey tried to purchase the patriot defense systems from USA in the period of President Obama. However, Turkey’s demand was rejected by USA in 2013,” Nazmi Hazır noted.

Turkish expert said that after rejection by the USA, Turkey attempted to purchase it from China. However, Turkey was unable to buy it from China due to the suppression of USA.

“Subsequently, Turkey led to purchase Russian S-400. Despite USA’s threats to impose sanctions toward Turkey, Ankara purchased it from Russia,” he added.

However, there have been changes in the attitude of USA in recent years. USA offered Turkey to sell the patriot in case cancelling to purchase S-400 from Russia.

“I think, it could be possible for Turkey to purchase the patriot defense systems from USA in case Turkey does not activate S-400. Furthermore, NATO has recently more emphasized that Turkey is a significant member of NATO. Likewise, Turkey has frequently stated that Turkey has no intention to exit NATO. In this respect, there could be an agreement between Turkey and USA in terms of not activation of S-400,” Turkish expert stressed.

“According to the argument of USA, it is not appropriate for a NATO member (Turkey) to purchase a defense system from Russia due to bearing risks and security gap for NATO. USA feels anxiety of Russian presence and involvement in Turkey's air defenses. Turkey and USA would find a solution in order not to activate S-400,” he added.

Ümit Nazmi is Turkish analyst on Eurasian Studies. He is Ph.D. candidate in Political Science at the Higher School of Economics in Moscow. He was a lecturer at the Russian-Turkish Center for Educational and Research of RGGU in Moscow in 2014- 2015. Turkish analyst focuses on Eurasian politics in terms of IR theories.