Armenia as occupying and aggressor side of the conflict, still provokes a full scale war in the region - Turkish Expert | Eurasia Diary - ednews.net

The trilateral statement of 11 January is necessary for economic stability and prosperity in the region - Experts
Read: 513

"It is impossible to imagine Shusha without Jidir Duzu, Azerbaijan without Shusha" - President Aliyev
Read: 212

President Aliyev has laid the foundation of the Fizuli-Shusha road and airport in the Fizuli region - PHOTOS
Read: 203

Armenia as occupying and aggressor side of the conflict, still provokes a full scale war in the region - Turkish Expert 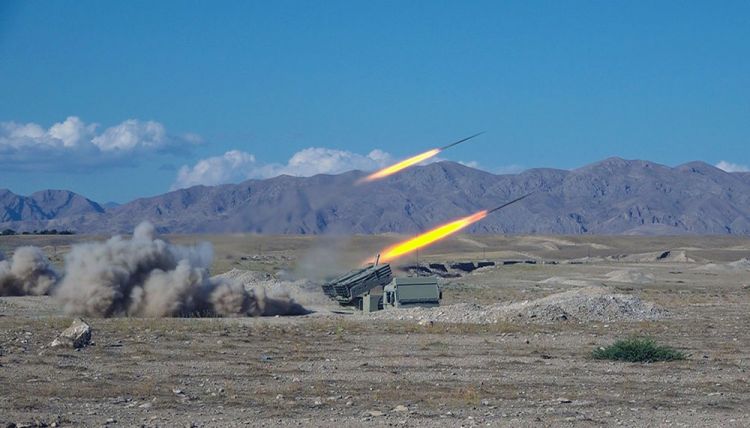 Turkish political analyst Yalçın Sarıkaya presented his article to EDNews.net portal regarding the recent tense situation at the Armenian-Azerbaijan border. Political analyst touched upon important issues in his article, such as the past and recent clashes at the contact line or the state border, the greatest military gains of Azerbaijan army and the failure of Armenian provocations. Turkish expert also described Armenia as aggressor who violates and ignores international documents supporting international law rules, including UN Security Council resolutions and OSCE principles, by keeping 20 percent of the territory of Azerbaijan Republic under the occupation.

The recent clashes in Tovuz district of Azerbaijan were started by Armenian armed forces with the artillery fire that violated the so called ceasefire. Indeed this ceasefire has never been a real ceasefire if we remember the last quarter century. Since the May 1994 Bishkek Protocol, thousands of military and civil people lost their lives from both sides. The number of Azerbaijani children killed by Armenian military has reached to 200.

Armenia which is the occupying and aggressor side of the conflict, still provokes a full scale war in the region. Although its level of military preparedness dropped behind Azerbaijan, there had been numerous attacks both in Karabakh contact line and Azerbaijan-Armenia border line.

Those hundreds of ceasefire violations the 2008, 2010, 2016 and 2018 attacks were the most important incidents which carried the risk to turn to a big scale war again.

These latest fights demonstrated the Azerbaijani military superiority and public support for the war to the world. The 2016 fights were happened nearly all along the contact line from Agdere to Terter and Fuzuli. Clashes have eventuated with obvious Azerbaijani victory and territorial gain. 2018 clashes were in Nakhcivan and that were also ended with Azerbaijani regain of 1100 hectars of territory in border part of Sharur district.

With this ongoing clashes which began in 12th of July, Armenia seems to indicate its capability in the state borderline but not in Karabakh territory of Azerbaijan. Azerbaijani side has announced officially the four martyrs and the wounded soldiers with their names. However Armenian side wants to keep its losses secret. Besides, there are new video files in social media showing the hit Armenian positions by Azerbaijani UAV’s and artillery.

Probably Hayk Chobanyan -the Governor of Tavush Province of Armenia- hided real Armenian situation by stating with such words: "the situation is in full control of the army, there is no need to worry and panic". Nevertheless Azerbiajani social media users founded and shared Armenian posts reflecting the panic on the issue.

Those kinds of provocative attacks can be seen as a continuation of political efforts of Yerevan to legitimize the illegal so called government of Nagorno Karabakh. As we remember, the so-called Presidential and Parliamentary elections were held on 31 March 2020 in Armenian occupied Nagorno-Karabakh region of Azerbaijan that was a manifestation of the efforts to unilaterally legitimize the current situation in Nagorno-Karabakh, which is contrary to international law. This step was a flagrant violation of international law, including the UN Security Council Resolutions and the OSCE principles.

The latest aggression of Armenia has been strongly repelled by Azerbaijan.

MFA of Turkey officially condemned and warned the Armenian side by these words: “The Armenian side should give up on such dangerous tactics and choose the path of reason and law. Embarking on adventurism for aspirations beyond its own capacity reveals Armenia’s failure of judgment and constitutes the biggest obstacle to peace and stability in our region.”

Ifthere is a still hope for validity of basic international law rules, Azerbaijani side has the right to expect strong official condemnations of world states and international organizations.

There is a growing public opinion both in Turkey and Azerbaijan towards liberating the invaded territory with a full scale war. The leadership of both countries are congruent and decisive over the issue but still keep a room for other measures.