Turkey’s Activity in the Military-Political Processes in the Caucasus | Eurasia Diary - ednews.net

"The beauty of Karabakh is felt when it is united with Azerbaijan" - Umud Mirzayev - VIDEO
Read: 243

Turkey’s Activity in the Military-Political Processes in the Caucasus 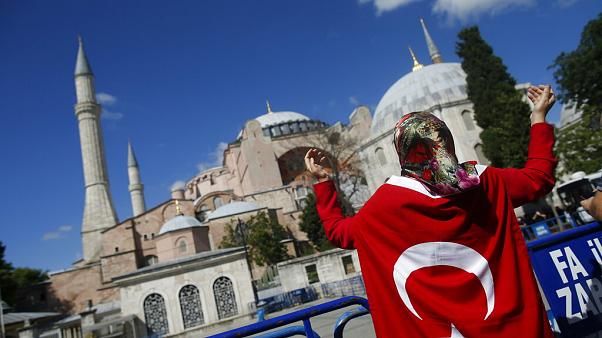 Turkey’s foreign policy activity is probably designed to create an additional platform for foreign policy bargaining with Moscow on issues of interest to Ankara, and by no means only in the South Caucasus. Along with bilateral interaction with Azerbaijan and with the countries of Central Asia, political, economic and humanitarian cooperation within the framework of the “Turkic Council” is being strengthened, writes political analyst Andrei Areshev, editor-in-chief of the Caucasus Studies Society website.

On September 15, 2020, on the 102nd  anniversary of the seizure of Baku by the “Caucasian Army of Islam” of Nuri Pasha, the planes and helicopters of the air forces of Azerbaijan and Turkey conducted demonstration flights in the airspace of the Caspian republic, over Azerbaijan’s second largest city, Ganja. “Brotherhood and friendship” between Azerbaijan and Turkey is an example for the whole world, Azerbaijan’s President Ilham Aliyev said on the same day, in a letter of greeting addressed to his Turkish counterpart Recep Tayyip Erdoğan. The reference to the historical date comes along with gratitude for the support of the Turkish leadership for the position of Baku in connection with the July clashes on the Azerbaijani-Armenian border, for which each of the opposing sides blames the other.

During the official visit of the Turkish President to Baku at the end of February, important agreements were reached, including the allocation of 200 million Turkish lira (about $30 million) for the purchase of military equipment and services from the Turkish military-industrial complex, demonstrating progress in a number of promising areas. In Ankara, military-technical cooperation with Baku is considered the basis for trade and economic cooperation. The contractual framework for bilateral cooperation in the energy and mining sectors is expanding with the involvement of both public and private companies. In 2019, the volume of trade between Turkey and Azerbaijan amounted to approximately $4.5 billion, and an ambitious goal has been set to increase it to $15 billion by 2023. As Ilham Aliyev said, “Azerbaijan has invested $17 billion in the Turkish economy so far. Turkish investments in Azerbaijan have amounted to $12 billion. SOCAR has new plans, new investment projects. As a result of their implementation, the volume of Azerbaijani investments in Turkey will reach $20 billion.” In 2019, the construction of the Trans-Anatolian gas pipeline was completed, which allowed Azerbaijan to significantly strengthen its position in the Turkish gas market. As a result, at the end of the first half of 2020, Baku ranked among the leaders in the supply of “blue fuel” to Turkey (almost 5.5 billion cubic meters, an increase of 23.4% compared to the same period last year). A joint media platform is being formed, assuming deep integration and opposition to what Baku and Ankara consider “black propaganda”.

The strategic alliance and bilateral partnership between Azerbaijan and Turkey, in accordance with the principle of “one nation — two states” laid down by Heydar Aliyev, are an important factor in ensuring peace and security, contributing to the development of regional cooperation, as officials in Baku are confident. On the contrary, Yerevan does not hide its concern about the qualitative strengthening of military and political cooperation between the two neighbouring states, in the context of the unresolved Nagorno-Karabakh conflict, which could lead to another military escalation at almost any moment. Despite the fact that the July events are trifling when compared to the “four-day” war in April 2016 in terms of the intensity of the clashes and the number of victims, their foreign policy “echo” turned out to be immeasurably louder.

This article is published in Valdai Club.