Biden understands the US unlikely win war with China - Expert 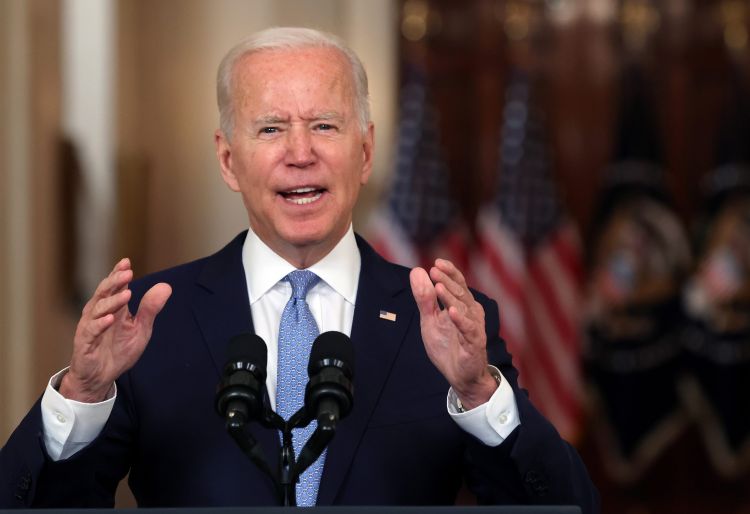 President Joe Biden understands well that China is an important state in global capitalism, and any serious harm to the economy of Asian state would trigger the cascade of crises in the world economy, said Patrick Walsh, Irish political expert and historian.

In his speech in the UN General Assembly, the US President Joseph Biden emphasized that the US is not seeking to enter a new Cold War with China.

He said that the United States is ready to work with any nation  on a peaceful and fair resolution to the number of challenges in the world despite their disagreements in the different areas.

President Biden stressed the need for the joint struggle of the international community to address the urgent threats like COVID – 19, Climate Change, and enduring threat

Speaking to Eurasia Diary, Patrick Walsh said that the Biden administration does not want to engage in any war with China. He believed that it is highly unlikely the US could defeat China without causing serious damage to the world.

“President Biden emphasizes that he does not seek war with China. This, of course, is sensible because it is highly unlikely the US could win such a war without obliterating the planet. Washington understands that China is so important in the global capitalist market and any harm to it will destroy the world markets very quickly,” Walsh said.

However, Walsh also said that there are many people in the United States supporting the strong resistance to China and rejecting any concessions to the Asian power in global issues.

“Many in the US are in favour of confronting China on a range of issues. A reading of the US Foreign Affairs magazine’s content shows the US reorientation against China,” he noted.

According to Irish expert, China has never been an imperialist power.  He said that the new economic policies of China indicate that Beijing has been enormously successful in directing a state capitalist market economy’

“As for the Chinese themselves, their position is largely defensive, protecting their large state and its local spheres of influence. China has never been an imperialist power, in the Western sense. It has done very well through its Communist Party in directing state capitalism and intervening strongly in the market,” he stressed.

Touching upon the West's approach to the Chinese economic system, Walsh underscored that the West initially encouraged Beijing to enter the global market to undermine the communist system but the reverse happened to that expected.”

“The Chinese Communist Party has presided over massive economic success and expanding global economic influence. It is the Chinese challenge to US capitalist predominance that has brought on the current geopolitical contest. It is like 1900 all over again, with the rise of Germany,” he concluded.