Turkey is of importance for ensuring security, safety and peace in Afghanistan - Expert
Read: 179

Georgia could be platform in Turkish-Armenian rapprochement - Expert 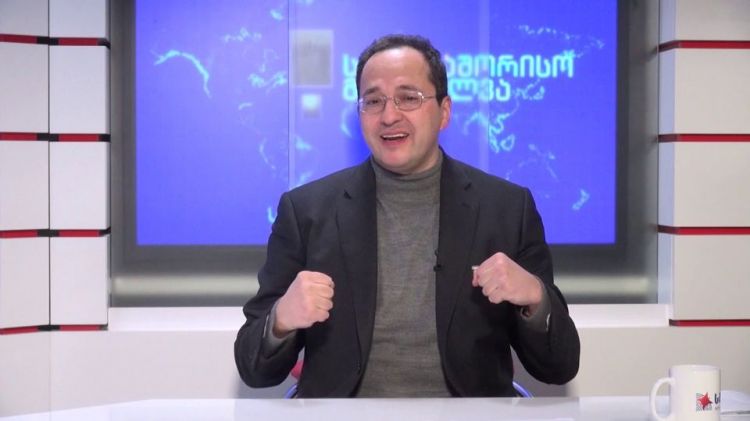 Georgia lacks resources to influence the dialogue process between Armenia and Turkey on the normalization of relations, said George Mchedlishvili, Georgian expert on the South Caucasus.

According to various news sources, Georgian Prime Minister Irakli Garibashvili conveyed the proposal of Armenian Prime Minister Nikol Pashinyan to Turkish President RecepTayyip Erdogan to start the dialogue between Turkey and Armenia for the establishment of the diplomatic relations between two states.

Moreover, the Georgian Prime minister told the Turkish leader that Georgia could help to begin the process of the dialogue between Ankara and Yerevan through the mediation of Tbilisi.

Some contemplate whether Georgia has the potential to mediate in conducting the dialogue between the governments of Armenia and Turkey on the establishment of diplomatic relations between two neighbouring countries.

Speaking to Eurasia Diary, George Mchedlishvili said that Georgia has normal relations with both Armenia and Turkey, due to the fact that Tbilisi could be a country to play a role in the beginning of the dialogue between two countries.

“Normalization of relations between Turkey and Armenia will be beneficial for the entire South Caucasus region and beyond. But the most significant strategic dividend will be for Armenia itself. As a country that has good relations with both Ankara and Yerevan, Tbilisi is well placed to play this role,” Mchedlishvili said.

“However, political will is not enough when it comes to bridging the differences as acute and irreconcilable as is in the case between Armenia and Turkey. Georgia lacks resources to influence the negotiation process, be it incentive or pressure. Therefore, Georgia could be a platform or play a supporting part in a broad and strong Turkish-Armenian rapprochement,” he added.

It should be noted that Georgia is the only ally of the west in the South Caucasus.  The United States and European Union see Georgia as an important factor for the promotion of Western values in the region based on peace and stability.  Therefore, the Western leaders consider that Georgia could be a platform playing a role in the processes for the establishment of peace and reconciliation between Azerbaijan and Armenia, as well as for the normalization of  the diplomatic relations between Armenia and Turkey.

Commenting on this issue, Mchedlishvili noted that Georgia’s pro-western political orientation renders her a potential mediator between Armenia and Azerbaijan. He noted that Tbilisi enjoys the relations with regional countries – Azerbaijan, Armenia and Turkey.

“The recent assistance in the prisoners of war exchange confirms this potential very eloquently” he said.

“However, by virtue of its economic and political weakness, Georgia cannot be a strong actor in the mediation process. Whether the west exhibits unity and judicious strategic thinking and seriously engages in the transformation and ultimate resolution of the Armenia-Azerbaijan conflict, remains to be seen. Just goodwill might not be enough, taking into account Moscow's desire to prolong this conflict as long as possible in order to maintain its influence in the South Caucasus region,” he added.