F-35s on agenda - Will US adhere to words that has given to Turkey? - ednews.net

F-35s on agenda - Will US adhere to words that has given to Turkey? 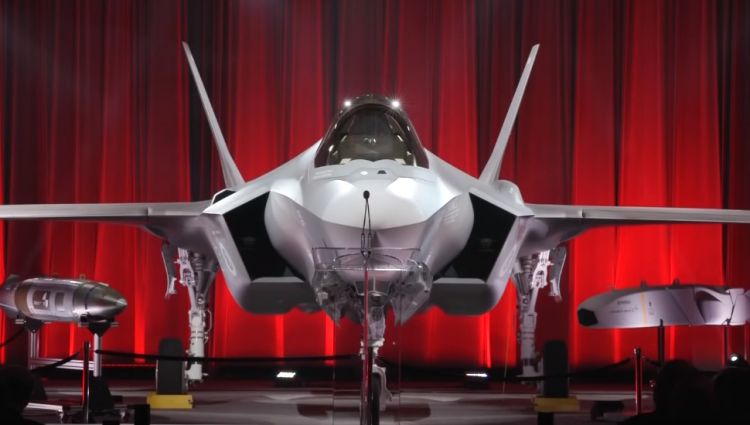 The F-35 deal has long been an unresolved issue between Turkey and the United States. The United States has excluded Turkey from the F-35 program after Turkish President Recep Tayyip Erdogan decided to buy a Russian S-400 air defence system in 2019. In addition, $1.4 billion paid by Turkey has remained due. Even though there was a preliminary agreement between Erdogan and US President Joseph Biden on the replacement of the F-35s with with F16s as alternative, the issue was once again debated by the US Congress.

On Saturday last week, Turkish Defence Minister Hulusi Akar said that negotiations between the parties on the purchase of F-35s have been underway. He noted that the Turkish side plans to meet with US officials in the coming days in the United States.

The Turkish Defence Minister also made a statement on the reasons for the purchase of S-400s. Minister Akar spoke about the importance of these facilities for Turkey, one of the leading members of NATO, and stressed that it is impossible to buy them from a second hand other than Russia.

The United States has stripped a strong NATO member like Turkey of its fifth-generation F-35 program due to its conflict with Russia, and has even imposed some sanctions on Turkey's defence industry. As for the opinion of US officials, in the one-time solution of the issue, it is as if they want to shun from responsibility.

Although such views are more in line with the wishes of the Congress, the Turkish side, which has paid in advance, sticks to deal on the 5th-generation jets and is confident that the United States will nilly-willy pay off its debt without any worries.

Will the United States try to avoid negotiations this time as well? Will the word of Congress or Biden play a key role?

Speaking to EDNews.net, professor at Kojaali University, political analyst Irfan Kaya Ulgar has commented on the issues prior to the meeting.

"The history of defence cooperation between Turkey and the United States dates back to 1946. When Turkey joined NATO in 1952, progress in this area accelerated and there were no problems after the Cold War.

According to general assumptions, the US accusations against Turkey began after its decision on the S-400. The United States has accused Turkey of ignoring its military defence needs and demands. Turkey was included in the F-35 fighter jet system, which was decided to co-produce in 2002. However, this decision changed after 2019. It is known that there is a long time in between. Then sanctions were imposed on Turkey. In general, I think that Turkey's exclusion from the F-35 program is not only related to the S-400. Another issue here is the Congress, which does not want Turkey to make progress in the military field, even though it is a member of NATO.

Professor Irfan Kaya clarified the issue of the decision of the Congress.

"The US administration has such a system," he said. If the administration is unwilling to make progress on defense, it will veto Congress. They say they intend to take steps in this direction as a government, but the legislature does not agree. This is notable as a method that is always used.

Today, Biden can do the same in front of Congress. But I don't think the Biden administration is willing to do that. Because there is a big Erdogan phobia in the US administration at the moment. Another concern comes from Israel. The Jewish lobby in the United States is also working on this and is campaigning against Turkey. For this reason, it seems that the US administration will prolong the issue and determine the final decision, depending on the attitude of Congress.

The political analyst also touched on US sanctions on the Turkish arms industry. He called for the US to lift the sanctions.

Turkey's purchase of the S-400 is purely due to national defence needs. The gap has been exacerbated by the United States' sensitivity and non-delivery of Patriot missiles.

It seems that all these issues need to be discussed again at this stage. In other words, on the one hand, the United States demands that Turkey return to the F-35 fighter jets program, and on the other hand, if progress is made in this area, negotiations can be held for the Patriot. The problem here is Congress. It is possible for Congress to use the veto card in agreed matters. On the other hand, the US administration is concerned about Erdogan's Middle East policy. All these issues are expected to remain on the agenda and will be discussed in 2022. It seems that it will be more difficult to break the ice and establish a dialogue between Joe Biden and Erdogan than it was under Trump.