"Both Lukashenko and Putin's threats are no more than desperate attempts of bluffing" - Ukrainian expert
Read: 226 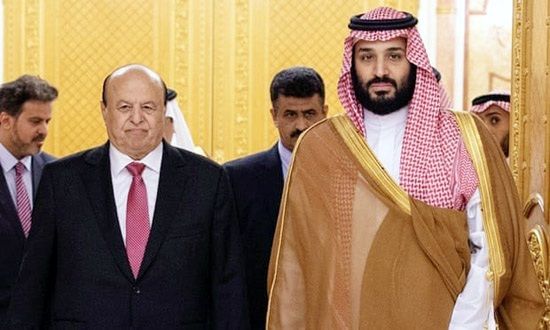 Despite fake, false and fictional western propaganda and regional power politics headed by Iran, Saudi Arabia has been doing great job to achieve peace and stability in Yemen for the last so many years.

Now peaceful persuasions of Saudi Arabia has forced incumbent Yemen’s president to delegate power to a Presidential Council (PC) and dismissed his deputy in a major political shake-up that took place in Kingdom which vividly reflected its sincere efforts to end the country’s years-long war gained traction with a two-month truce. Hadi added that the council would be tasked with negotiating with the Houthi rebels “for a permanent ceasefire”.

Regional experts termed it, Saudi Arabia’s strategic move to strengthen an anti-Houthi alliance amid U.N.-led efforts to revive negotiations to end the seven-year war. But frankly speaking it is the only suitable solution to end further fragmentation in Yemen.

In this connection, Riyadh announced $3 billion in financial aid to the Yemeni government after the announcement by President Abd-Rabbu Mansour Hadi. It called for talks with the Houthis who control the north and have been battling the Saudi-led coalition.

Interestingly, Yemen’s warring sides and conflicting political factions and parties in a major breakthrough, had agreed on a two-month truce. The deal eased a coalition blockade on areas held by the Houthis, who ousted Hadi’s government from the capital, Sanaa, in late 2014.

“I irreversibly delegate to the Presidential Leadership Council my full powers in accordance with the constitution and the Gulf Initiative and its executive mechanism,” Hadi, who is based in Riyadh, said on state television.

Hadi took the helm of a crumbling state a decade ago in a Gulf-backed transition plan after protests that brought down President Ali Abdullah Saleh, who was later killed.

It seems that the new council aims to unify anti-Houthi ranks by giving more parties a seat at the table. With Hadi effectively out of the equation and his controversial deputy dismissed, the hope is the Houthis may also be more amenable.

However, Houthi chief negotiator Mohammed Abdulsalam criticised the move as a farce and a “desperate attempt to restructure the ranks of mercenaries to push them towards further escalation.

On its part, Riyadh, urged the council to negotiate with the Iran-aligned Houthis under U.N. auspices “for a final and comprehensive solution”. U.S. Secretary of State Antony Blinken welcomed the council’s formation and said

Washington “remains committed to helping advance a durable, inclusive resolution to the conflict in Yemen.”

The United Arab Emirates (UAE) also welcomed the council formation saying it hopes the step contributes to achieving a political solution in Yemen.

In this connection, the kingdom also called for an international conference on Yemen. Saudi Arabia tries to turn the page on the past and achieve peace and stability in the country.

The new presidential council is chaired by Rashad al-Alimi, an adviser to Hadi and former interior minister with the government of late President Ali Abdullah Saleh.

Al-Alimi enjoys close ties with Saudi Arabia and other political groups inside Yemen, including the powerful Islah party the transnational Muslim Brotherhood’s branch in Yemen.

The council has seven other members, all of whom have political and military influence on the ground in Yemen. It includes Aydarous al-Zubaidi, head of the secessionist Southern Transitional Council an umbrella group of heavilyarmed and well-financed militias propped up by the UAE since 2015.

Sheikh Sultan al-Aradah, the powerful governor of energy-rich Marib province is also named a member of the council. So was Tariq Saleh, a militia leader and nephew of the late president who has close ties with the UAE.

It seems that it is an attempt, perhaps a last ditch effort, to reconstitute something resembling unity within the anti-Houthi alliance.

Dismissed Vice President Ali Mohsen al-Ahmar, an Islamist-leaning general, is resented by the Houthis for military campaigns in their northern stronghold and by some southerners for his role in the 1994 north-south civil war. In this context, his dismissal should be taken as concrete capacity building measure from Saudi Arabian side to reduce levels of disunity and disharmony among the different stakeholders in Yemen.

Unfortunately, the ongoing Yemen war has killed tens of thousands, devastated the economy and pushed the country to the brink of famine. Iranian obsession for regional maneuvering has badly damaged the prospects of regional peace. The Yemeni central bank split into rival authorities and the riyal’s depreciation in the government-held south has sparked protests. Saudi Arabia and the UAE will each inject $1 billion into Yemen’s central bank and the kingdom.

Riyadh, which last deposited funds into the central bank in 2018, also said it would give $300 million to the U.N. aid response, which in March raised less than a third of the $4.27 billion sought. The United Nations is pushing for measures to stabilise the economy and launch inclusive political negotiations.

Previously, change and rapprochement with the Houthis was never going to happen under the leadership of President Hadi”. He has stuck around for 10 years in total and he’s not a popular president. New move seems to be most consequential shift in the inner workings of the anti-Huthi block since war began.

To conclude the United Nation brokered cease fire in Yemen appears to be holding, pausing for now seven years of war. The truce reflects the balance of power on the ground: The Zaydi Shia Houthi rebels control Sanaa and most of northern Yemen; they are on balance the victors. The rest of the country is divided into mini-states. Unfortunately, Iran has secured a foothold on the Arabian Peninsula.

The Houthis and Saudi Arabia agreed late last week to a two-month long cease-fire. The truce can be extended by mutual consent. The Saudi blockade of fuel imports is lifted. The first ship has unloaded in Hodeida harbor. This will facilitate the delivery of food, medicines, and other assistance to the Yemeni people. The blockade of Sanaa airport is lifted to allow a handful of commercial flights a week, apparently to Cairo and Amman.

Peace talks between warring factions in Yemen sponsored by the Kingdom of Saudi Arabia along with the Gulf Cooperation Council was held on March 29 and ended on April 7. It aimed to “open humanitarian corridors and achieve stability” in the war-torn country will be sent to about 500 people.

The kingdom of Saudi Arabia has been supporting peace efforts in the region especially in Yemen, Iraq, Syria, Kuwait and even in some of the MEAN countries for the last so many years. In which its economic, financial assistance have proved effective to assist the local government and communities to restore peace and stability. Moreover, Saudi Arabian humanitarian assistance drive has been sign of hope, charity, comfort, compassion, cooperation, consensus and last but not least collaboration in the region and beyond.