daily news
Nine found dead in Germany shooting
Libyan families seek justice, US lawsuit accuses Libya’s Haftar of murder, torture
Turkey, Uzbekistan set goal of reaching $5B trade
Turkey, Russia and Iran working on coordinating date for Syria summit
'We have no secret' - Putin reveals he informed Medvedev about government resignation
Democratic debate transformed into Socialism vs. Capitalism dispute
Azerbaijan is elected as a Vice Chairperson of the Bureau of the 14th Session of the Intergovernmental Committee of the 2005 Convention - PHOTOS
After returning from Khojaly, I started drinking... - British journalist: We sympathized with the Armenians
﻿

Russian warships launched a massive missile attack on the terrorists near Aleppo
Read: 440

26 years passed since occupation of Aghdam region of Azerbaijan 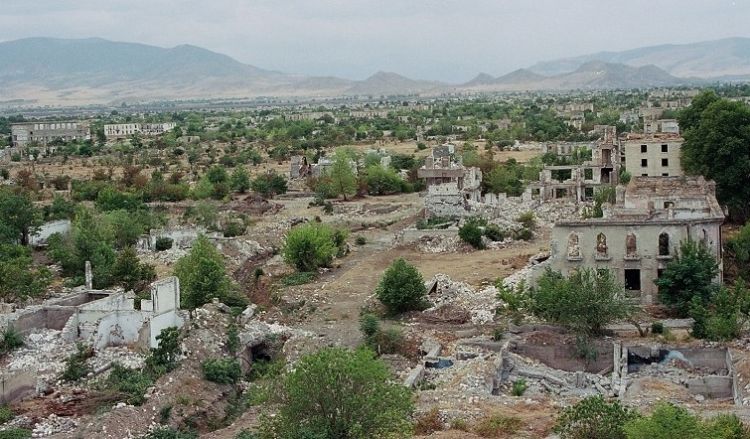 Twenty six years have passed since the Armenian occupation of Aghdam, one of the ancient and historical Azerbaijani regions, during the brutal war fought by the two South Caucasus republics in the early 1990s.

The occupation of Aghdam was the third painful loss for Azerbaijan after the invasion of Lachin and Kalbajar around Nagorno-Karabakh. As result of the Armenian armed forces' attack on Aghdam the town was razed to the ground.

Most of the historical monuments were destroyed following the Armenian occupation. These include the Khanoglu tomb (17th century), the man­sion of Karabakh Khan Panahali (18th century) and his tomb (19th century), and the twin-minaret Aghdam Juma mosque (1870).

As a result of the occupation of Aghdam, Azerbaijan faced material damage worth a staggering $6.179 billion. The damage inflicted to the region's agriculture alone is estimated at 992.8 million manats ($1.272 billion). Over 6,000 people died during the fighting in Aghdam.

About 130,000 displaced persons from Aghdam are settled in 875 settlements of 59 regions across Azerbaijan.