Peace, prosperity and stability in Azerbaijan is significant for the true realization of international projects and UN 2030 Agenda - Qaiser Nawab
Read: 971 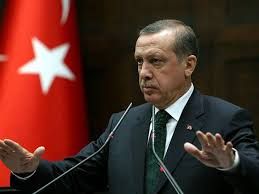 Turkish President Tayyip Erdogan said on Monday he does not think any problems will emerge in Syria's Kobani after a Syrian army deployment is executed along the border, adding that Russia's Vladimir Putin had shown a “positive approach."
Earlier on Monday, Syrian army troops entered the town of Tel Tamer in northeastern Syria, according to state media, after Damascus reached an agreement with the Kurdish-led forces in the region to deploy into the area to counter an attack by Turkey.
Speaking to reporters before traveling to Azerbaijan, Erdogan said Turkey would implement its plans for the northern Syrian town of Manbij and settle Arabs there.
He also said a U.S. move to withdraw some 1,000 troops from northern Syria was a positive step.