Russian scientists have found a major weakness of the coronavirus
Read: 748

The first stage of tactical exercises continues with the participation of units of the Land Forces - VIDEO
Read: 653

Trump evacuated while in press briefing after shooting near the White House
Read: 551

Pelosi hopes to return from Afghanistan with strong results 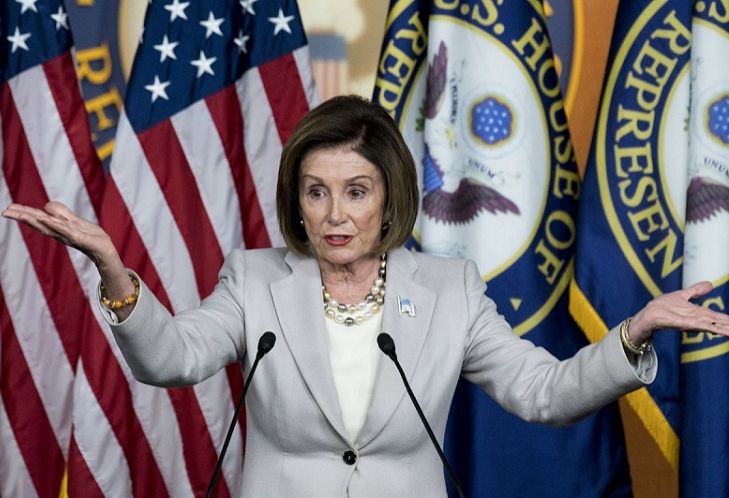 Pelosi, D-Calif., led the high-level bipartisan Congressional delegation on the visit and said in a statement that they met with the country's government and civil society leaders as well as U.S. military and government personnel in Afghanistan.

The focus of the trip was on security, governance and economic development, she said, as they met with Afghan President Ashraf Ghani and the country's Chief Executive Abdullah Abdullah. They also visited Camp Morehead to meet with coalition troops and they spoke with Defense Secretary Mark Esper, who was there on an announced visit of his own.

"Our delegation emphasized the central importance of combating the corruption which endangers security and undermines the Afghan people's ability to achieve a stable and prosperous future," Pelosi said. "We underscored that the women of Afghanistan must be at the table for reconciliation talks."

She said the group also met with U.S. Ambassador to Afghanistan John Bass and other diplomats to discuss reconciliation efforts with the Taliban, who have committed recent terrorist attacks in the country.

"We will return to Washington strengthened with the facts and the first-hand knowledge we have gathered at this critical time for our nation's Afghanistan policy and inspired by the courage of our service members and diplomats on the front lines," she said.

The nine-member delegation, which consisted of eight Democrats and one Republican, Mac Thornberry of the House Armed Services Committee, made the Afghan trip after concluding a visit to Jordan.