III ANIMAFILM ANNOUNCES THE PARTICIPANTS OF THE COMPETITION PROGRAM
Read: 446

WHO extends state of emergency over coronavirus pandemic for another 3 months
Read: 394 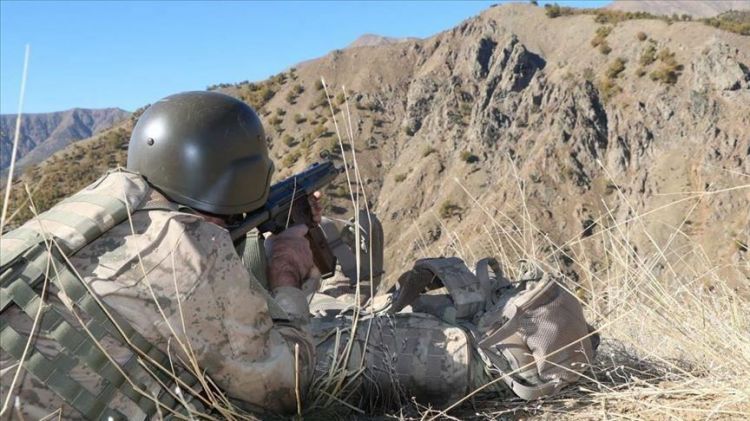 A total of 1,313 terrorists have been neutralized over the past 10 months in Turkey’s anti-terror operations against the YPG/PKK, FETO -- the group behind the defeated 2016 coup -- Daesh/ISIS, and other terrorist groups, Eurasia Diary reports citing Anadolu Agency.

Thanks to Turkish security forces' decisive efforts over the last 10 months, 257 terror attacks were prevented, including 247 by the YPG/PKK, three by Daesh, and seven by leftist terror groups.

In its more than 30-year terror campaign against Turkey, the PKK -- listed as a terrorist organization by Turkey, the U.S. and the European Union -- has been responsible for the deaths of nearly 40,000 people, including women, children and infants. The YPG is the PKK’s Syrian offshoot.

FETO and its U.S.-based leader Fetullah Gulen orchestrated the defeated coup on July 15, 2016, which left 251 people martyred and nearly 2,200 injured.

Since recognizing Daesh as a terror group in 2013, Turkey has been attacked by Daesh/ISIS terrorists numerous times, including 10 suicide bombings, seven bombings, and four armed attacks which killed 315 people and injured hundreds.

In response to the attacks, Turkey launched anti-terror operations at home and abroad, neutralizing 3,500 Daesh terrorists and arresting 5,500.