Over 217 civilians killed in port city despite truce in Yemen | Eurasia Diary - ednews.net

Over 217 civilians killed in port city despite truce in Yemen 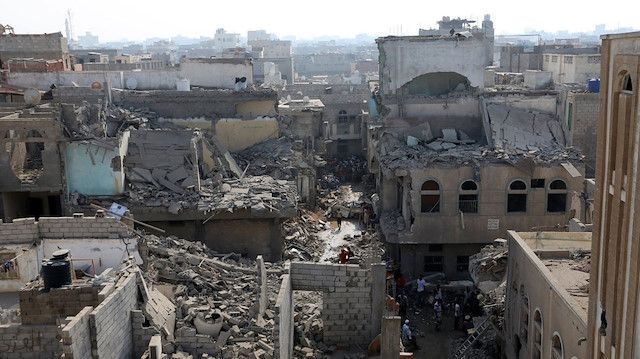 More than 215 civilians have been killed and over 2,000 injured since a ceasefire came into effect late last year in Yemen’s Red Sea port city of Al-Hudaydah, a militia that fights for the Yemeni government announced Monday, Eurasia Diary reports citing Yeni Safak.

The press office of al-Weyat al-Amaliqa, or the Giants Brigades, said a total of 217 civilians -- mostly women and children -- had been killed in violations of the UN-brokered ceasefire by Houthi rebels since it began on Dec. 18, 2018.

It said 2,152 people were also injured, adding the deaths and injuries were caused by random attacks, mined areas and explosives planted on roads and farmlands.

It also blamed the UN for not being able to protect civilians from Houthi attacks despite a year passing since the ceasefire was declared.

Last December, Yemeni government representatives and Houthi rebel leaders held a round of UN-brokered talks in Stockholm which yielded a ceasefire agreement in the city of Al-Hudaydah.

The warring parties, however, have yet to fully withdraw from Al-Hudaydah amid tit-for-tat accusations of truce violations and sporadic clashes in other parts of the country.

Yemen has been beset by violence and chaos since 2014, when Houthi rebels overran much of the country, including the capital Sanaa. The crisis escalated in 2015 when a Saudi-led military coalition launched a devastating air campaign aimed at rolling back Houthi territorial gains.

Since then, tens of thousands of Yemenis, including numerous civilians, are believed to have been killed in the conflict, while another 14 million are at risk of starvation, according to the UN.