Murderer of Soleimani killed in US plane downing in Afghanistan
Read: 2765 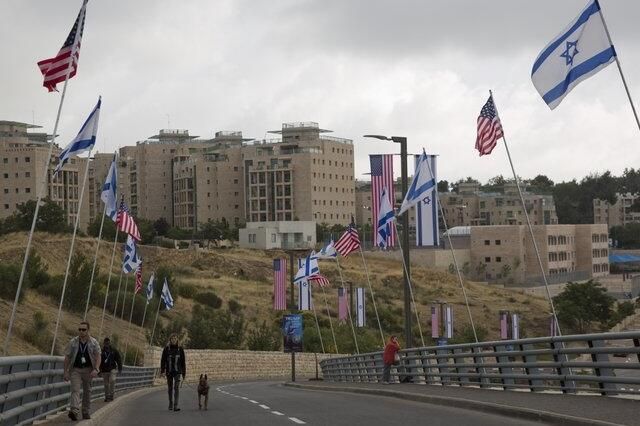 The Israeli Jerusalem Municipality gave the green light on Dec. 10 for the construction of a permanent structure for the U.S. Embassy in Jerusalem, according to Israeli media, Eurasia Diary reports citing Hurriyet Daily.

"The American embassy has today received a green light from the Jerusalem Municipality,” Israel's Jerusalem Mayor Moshe Lion said in a statement.

"Within six months, we will start building the premises and God willing in few years we will be able to inaugurate the permanent building of United States Embassy in the capital," he said.

According to Israeli media, the U.S. State Department is currently considering two possible sites for the embassy building; the first is in the Allenby complex in Talpiot neighborhood south of west Jerusalem and the other is in Annona neighborhood in southern Jerusalem.

A final decision on the location of the embassy is expected in the next few months.

And in the following May, Washington relocated its embassy in Tel Aviv to Jerusalem with Guatemala following suit.

Jerusalem remains at the heart of the Israel-Palestine conflict, with Palestinians hoping that East Jerusalem -- now occupied by Israel -- might eventually serve as the capital of a future Palestinian state.