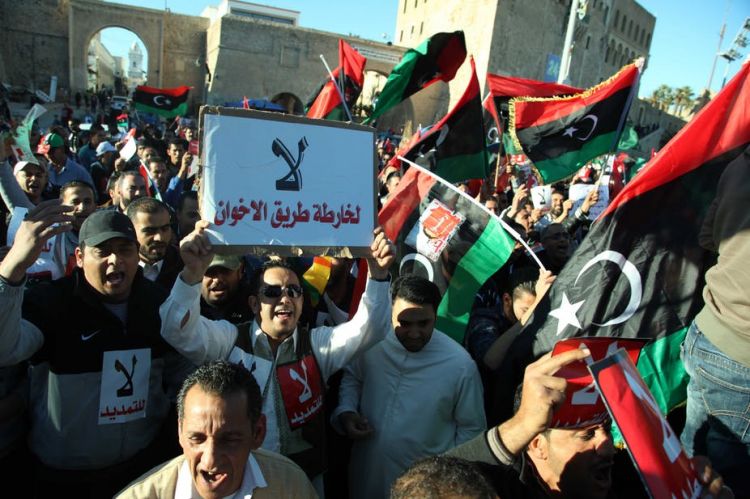 Tripoli-based Government of National Accord (GNA), has announced on Tuesday that it has withdrawn from the talks in Geneva to continue ceasefire after the self-proclaimed Libyan National Army (LNA) targeted a Turkish cargo ship carrying arms at the Tripoli seaport. Eurasia Diary reports citing Yeni Safak and Ahval News.

#Breaking GNA withdraws from second round of 5+5 Geneva talks and ends truce with LNA in #Tripoli. Reports of heavy fighting in #Tripoli tonight. #Libya

Following an attack on the Port of Tripoli, Libya's UN-recognized government is withdrawing from the UN-hosted military committee talks in Geneva until a determined stance is taken against the violations by warlord Khalifa Haftar’s forces.

In a statement late Tuesday, the Government of National Accord (GNA) Presidential Council announced the suspension of GNA participation in the ceasefire talks due to Haftar’s forces' attack on the port in the capital.

The country’s opposing sides had begun discussing a peace deal on Tuesday sponsored by the United Nations before the GNA suspended the talks.

“The Turkish ship loaded with weapons and ammunition docked this morning in the port of Tripoli was destroyed,” said the statement, cited by Saudi news outlet Al Arabiya.

Authorities moved all ships including fuel tankers out of the port after Tuesday’s attack, two port officials told Reuters. The Tripoli forces said the LNA had fired four missiles. A port source told Al Arabiya that a warehouse had been hit.

The council said the port is vitally important for people to receive basic necessities such as food and medicine, accusing Haftar’s forces of committing war crimes.

The council also stressed that if the international community really wants stability in Libya, the cease-fire decisions must be implemented.

It said as long as the capital is not safe and the people who want to return their homes cannot do so, talk of a permanent cease-fire is meaningless.

The GNA's Ports Directorate said Haftar’s forces struck the Port of Tripoli with missiles on Tuesday during the cease-fire negotiations.

The LNA, led by General Khalifa Haftar, started a campaign last April to take the Libyan capital, the seat of power for the Turkish-backed GNA. Turkey has sent troops and weapons to the GNA in return for the Tripoli-based government’s support to Turkish commercial interests in the eastern Mediterranean.

The port attack came as Libya’s conflicting factions met for a second round of talks in Geneva to establish a peace agreement.