US and EU have no desire to lend a helping hand to Italy, however China and Russia give life support to Italians - -American Expert
Read: 7236 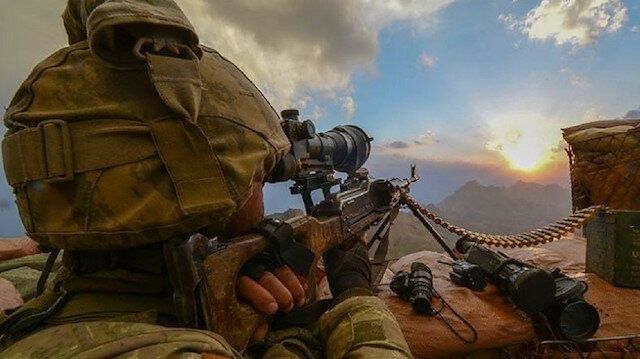 It also wished condolences to the families of the martyrs and to the Turkish Armed Forces, whose troops are in the border region as part of a de-escalation zone meant to protect the local civilian population.

Responding to Turkish soldiers being martyred by Assad regime forces in recent weeks, Turkey has swiftly retaliated, neutralizing hundreds of Syria troops, and warning that it would not tolerate any Turkish soldiers coming to harm.

Syria has been mired in a vicious civil war since early 2011, when the Bashar al-Assad regime cracked down on pro-democracy protests.

Since then, hundreds of thousands of people have been killed and more than 10 million others displaced, according to UN figures.

Idlib, near Turkey's southern border, falls within a de-escalation zone laid out in a deal between Turkey and Russia in late 2018. The Syrian regime and its allies, however, have consistently broken the terms of the cease-fire, launching frequent attacks inside the territory where acts of aggression are expressly prohibited.

The de-escalation zone is currently home to about 4 million civilians, including hundreds of thousands displaced in recent years by regime forces throughout the war-torn country.

Some 1 million Idlib refugees have moved towards the Turkish border in recent months, fleeing attacks by the Assad regime and its allies, and producing a desperate humanitarian situation.

Turkey has called for an immediate halt to the attacks on Idlib, and for the cease-fire to be followed, warning that if the attacks do not stop Turkey will act.