Azerbaijan may take military action against Armenia in response to the illegal road construction in occupied Garabagh | Eurasia Diary - ednews.net 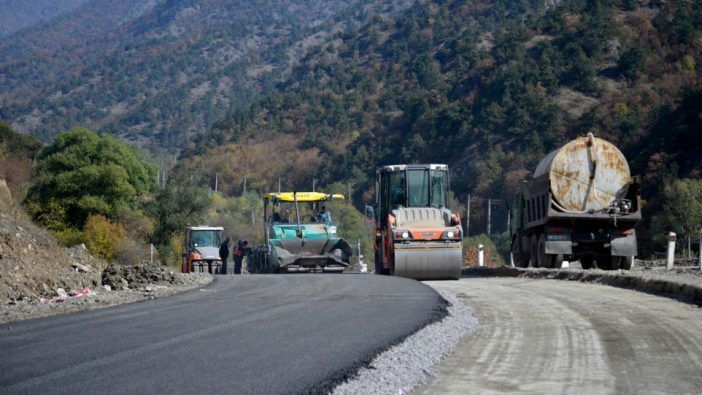 Preparations are underway to build a third highway from Armenia to the occupied territories of Azerbaijan.
The new "president" of the so-called regime in Nagorno-Karabakh, Araik Harutyunyan, said this two days ago during a visit to the occupied Zangilan region, local media reports quoting Armenian sources. The oligarch A.Harutyunyan, who controls most of the arable land in Karabakh, watched the barley harvest in Zangilan. And he was accompanied by the Minister of Territorial Administration and Infrastructure of the Armenian government Suren Papikyan.

Harutyunyan said preparations were underway to build a new highway to connect the Araz region of Azerbaijan with the Gorus region of Armenia. Earlier, Armenia was connected with Karabakh by the Gorus-Lachin-Shusha-Khankendi and Vardenis-Kalbajar-Agdara highways. The second way was put into operation by Armenia a few years ago.
The construction of the third road, which connects the Jabrayil, Fizuli and Zangilan regions along the Araz River with Armenia, is to expand the illegal settlement of the hostile country in those areas, as well as the exploitation of fertile agricultural lands. Araik Harutyunyan promised in the "election campaign" that they would start settling in those areas.
Azerbaijan has a completely legitimate right to prevent this road construction by military means, and Baku can take action to send a clear message to the Armenian leadership.