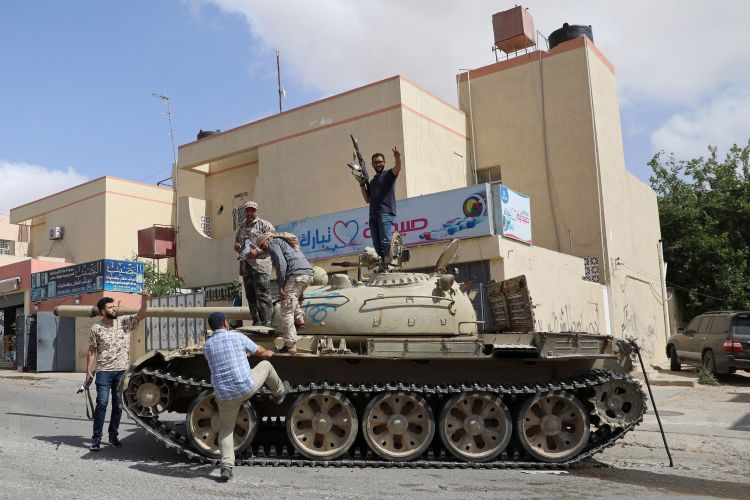 The Turkish-backed Government of National Accord (GNA) forces announced on Thursday that they had tightened control over a major supply line for the Libyan National Army (LNA), EDNews.net reports citing Bulgarian Military News.

According to the GNA’s official Facebook page, “Operation Volcano Anger”, their forces on Wednesday evening extended control over a major supply line that stretches to the outskirts of the Libyan capital.

The Government of National Accord forces published a map that shows that this road leads from the city of Al-Shweref, north of the city of Sebha to the north, where it branches in three directions towards the cities of Nessma, Al-Qurayyat, and Morsit, south of the capital Tripoli.

This comes against the backdrop of accelerated field developments in Libya recently, where the Turkish-backed forces were able to achieve tangible field successes and extend their control over the entire Greater Tripoli region and the strategic city of Tarhouna.

The Government of National Accord forces are now attempting to capture the strategic city of Sirte, which is where the Libyan National Army is heavily resisting the Turkish-backed assault.

Despite assistance from their Turkish allies, however, the Government of National Accord forces have been unable to retake Sirte as of yet, as their casualties continue to mount at the hands of the LNA.