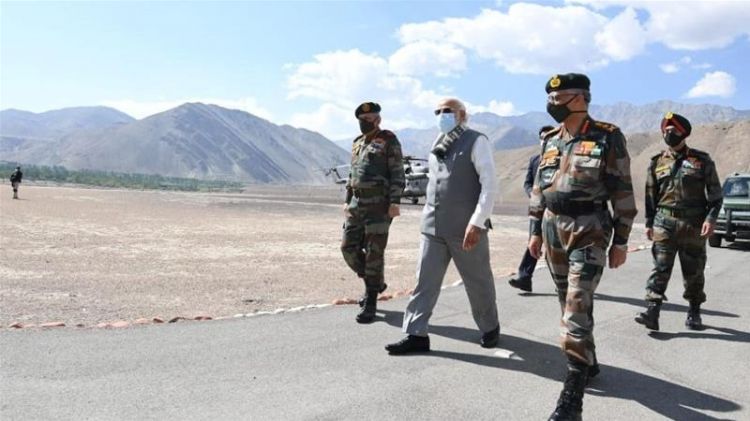 Modi, who has been under pressure to respond to what India deems Chinese incursions, met troops at a base in Ladakh's Nimu area, pictures from Reuters partner ANI showed.

Officials said Modi was accompanied by the chief of defence staff, General Bipin Rawat, and the chief of the army, General Manoj Mukund Naravane.

India and China have traded blame for triggering the high-altitude brawl in the Galwan Valley on June 15, in which 20 Indian soldiers were killed and at least 76 were injured.

The June border clash saw soldiers engaged in brutal hand-to-hand fighting with clubs and staves about 4,270 metres (14,000 feet) above sea level amid sub-zero temperatures. It was the worst border skirmish in nearly 50 years.