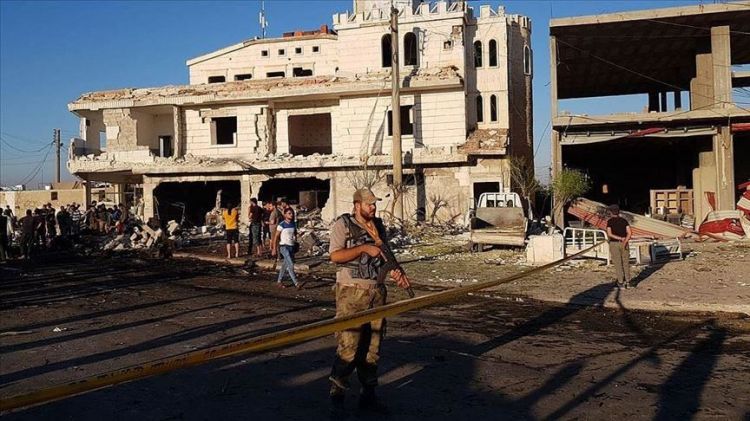 At least five civilians were killed and 85 injured on Sunday in a bomb attack in northwestern Syria, EDNews.net reports citing Anadolu Agency.

The casualties occurred when an explosives-laden vehicle blew up in the city of Azaz, according to a security source who asked not to be named due to restrictions on speaking to the media.

The YPG/PKK terrorists carry out such attacks but do not claim responsibility as they end up harming civilians, the source added.

Injured civilians, who were in critical condition, were brought to Turkey, the source added.

Earlier Sunday, also 13 people, including children, were injured in a terror attack in Afrin, northwestern Syria.