Fighting continued overnight, and the enemy retreated with casualties 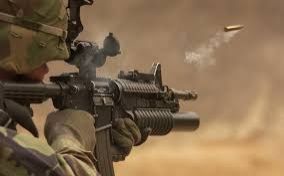 In violation of humanitarian truce, Units of the Armenian Armed Forces fired at the positions of the Azerbaijani Army in different directions of the frontline as well as at various settlements near the frontline during the day and night of October 28.
According to the Eurasia Diary, the fighting continued mainly in the direction of Aghdara, Khojavend, Fizuli, Zangilan and Gubadli. Attempts by the enemy to attack were resolutely thwarted and retreated with many loses.
As a result of retaliatory measures against the Armenian armed forces in various directions of the front, some of the enemy's personnel were killed and wounded. Several of his military equipment were destroyed. As a result of damage to the enemy's artillery unit, its ammunition was destroyed.
It should be noted that a significant reduction in the number of enemy vehicles created problems in the supply of food, weapons and ammunition to the units on the front line.