Lithuanian journalist who witnessed the bloody tragedy - "All this was a plan aimed at the Armenian occupation"
Read: 742

The unblocking of Armenia’s borders with neighboring states could actually harm Russia's position in the region - Expert
Read: 420

The bravery of those who sacrificed their lives on 20 January for independence should never be forgotten - British journalist
Read: 381

If the ceasefire long-term, Turkey and Azerbaijan may take steps to normalize relations with Armenia - Turkish FM
Read: 222 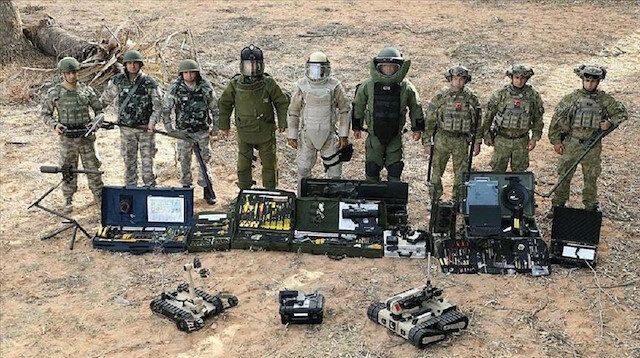 The ministry in a statement on Monday announced that the armed forces will also provide a military training for the Azerbaijani army.

The Turkish explosive ordnance disposal teams will support the Azerbaijani army and its troops by clearing mines and improvised explosive devices in areas liberated from the Armenian occupation, the statement noted.

Relations between the former Soviet republics of Azerbaijan and Armenia have been tense since 1991, when the Armenian military occupied Nagorno-Karabakh, also known as Upper Karabakh, a territory recognized as part of Azerbaijan, and seven adjacent regions.

During the 44-day conflict, Azerbaijan liberated several cities and nearly 300 settlements and villages from the Armenian occupation.

On Nov. 10, the two countries signed a Russia-brokered agreement to end fighting and work toward a comprehensive resolution.