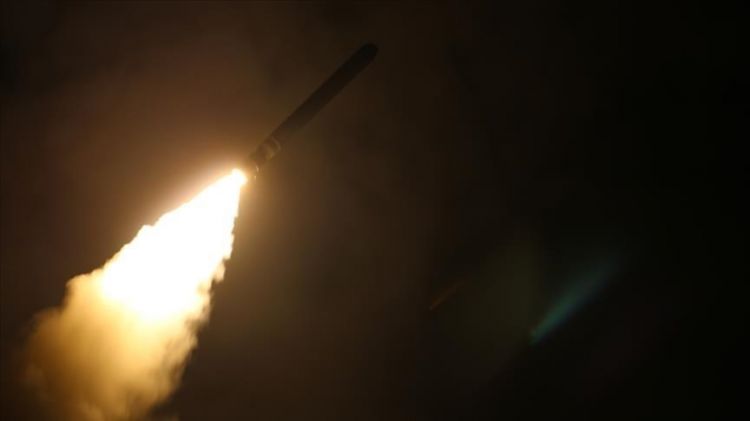 Yemen’s Houthi rebels on Sunday claimed to have carried out missile and drone attacks on “sensitive sites” in Saudi Arabia.

The spokesman said a ballistic missile and several drones were also fired towards “sensitive sites” in the Saudi capital Riyadh.

"Our operations will continue and will expand more and more as long as the aggression and siege on our country continue," the group said.

There was no comment from the Saudi-led coalition on the Houthi claim.

On Saturday, the coalition said it had intercepted and destroyed a ballistic missile launched by the Houthis towards Riyadh alongside six drones launched towards the kingdom’s southern regions.

The Saudi Al-Ikhbariya channel also reported that a rebel drone was reported by the coalition on Sunday, but without giving any further details.

The official SPA News Agency also said shrapnel fell on several residential areas in the oil-rich country following the interception of a ballistic missile launched by the Houthis causing human and material losses.

Earlier this month, the rebel group offered to stop attacks against Saudi Arabia in return for halting airstrikes by the Saudi-led coalition.

On Feb. 11, Saudi Arabia informed the UN Security Council that it would take all necessary measures to defend its territory and protect its citizens from the Houthi attacks.

Yemen has been engulfed by violence and instability since 2014, when Houthi rebels captured much of the country, including the capital Sanaa.

A Saudi-led coalition aimed at reinstating the Yemeni government has worsened the situation, causing one of the world’s worst man-made humanitarian crises with 233,000 people killed, nearly 80% or about 30 million needing humanitarian assistance and protection, and more than 13 million in danger of starving to death, according to UN estimates.