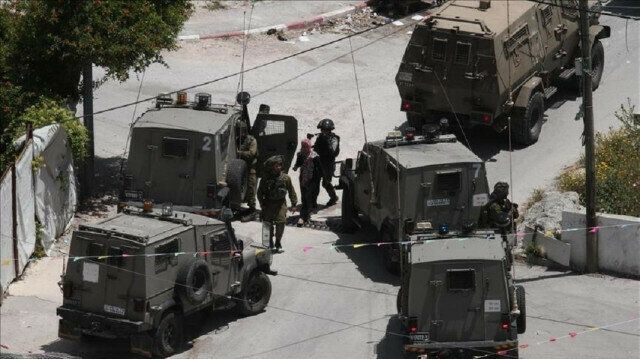 Five Palestinians were injured and dozens suffered temporary asphyxiation during clashes with Israeli forces in the West Bank city of Jenin, according to Palestinian media on Tuesday.
The five were wounded, including one seriously, when Israeli forces broke into Jenin in the northern West Bank, to arrest two Palestinians, the official Voice of Palestine radio reported.
Three people were also injured by gas and sound bombs fired by Israeli forces in the town of Al-Yamoun, northwest of Jenin.
Dozens of Palestinians also suffered temporary asphyxiation from tear gas fired by Israeli forces at a wedding ceremony in the town of Silat Al-Harithiya, west of Jenin, the radio said.
The Palestinian Health Ministry has yet to issue an official statement.
The Israeli army frequently carries out sweeping arrest campaigns across the occupied West Bank on the pretext of searching for “wanted” Palestinians.
The UN Office for the Coordination of Humanitarian Affairs (OCHA) estimates that Israeli forces have launched at least 2,430 search and arrest operations in the West Bank since the beginning of this year.