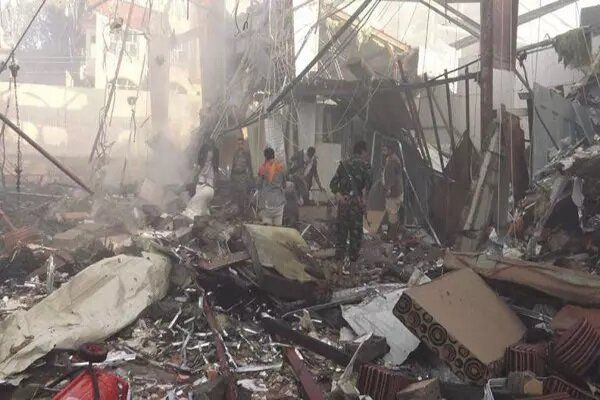 The series of aggressions of the Saudi-led coalition against the defenseless and innocent people of Yemen still are ongoing. Accordingly, fighter jets affiliated to Saudi-led coalition bombed the Yemeni capital of Sanaa on Saturday, Almasirah reported.

According to the report, Yemeni sources said that various areas in Sanaa province were targeted by Saudi-led coalition fighter jets on Saturday morning.