Iran fires 16 missiles during annual drills in warning to Israel 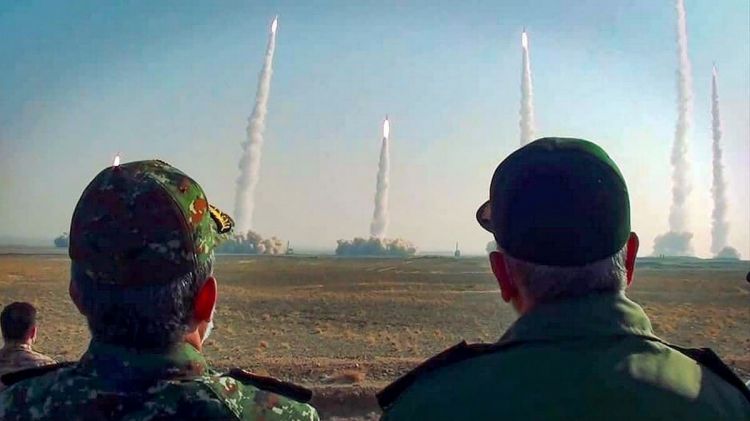 Iran fired multiple ballistic missiles Friday at the close of five days of military drills that generals said were a warning to arch-enemy Israel.
“These exercises were designed to respond to threats made in recent days by the Zionist regime,” Iran’s armed forces chief of staff Major General Mohammad Bagheri told state television.
“Sixteen missiles aimed and annihilated the chosen target. In this exercise, part of the hundreds of Iranian missiles capable of destroying a country that dared to attack Iran were deployed,” he added.
The military drills dubbed Payambar-e-Azadm, or “Great Prophet,” began Monday in Bushehr, Hormozgan and Khuzestan provinces, each of which touch the Gulf.
“The military exercise... is a serious warning to Zionist regime officials,” said Islamic Revolutionary Guard Corps chief Major General Hossein Salami.
“Make the slightest mistake, we will cut off their hand.”
The drills come after US national security adviser Jake Sullivan met Wednesday with Israeli Prime Minister Naftali Bennett, amid Israel’s opposition to efforts to revive the 2015 Iran nuclear deal.
Bennett has accused Iran of “nuclear blackmail” and charged that revenue it gained from sanctions relief would be used to acquire weapons to harm Israelis.
Israeli leaders have also hinted at striking Iran.
Iran says it only wants to develop a civil nuclear program, but Western powers say its stocks of enriched uranium could be used to develop a nuclear weapon.