Daily news
Forest fires near Galaalti extinguished
Fulham hold talks over a move for Justin Kluivert on an initial loan deal with a £10m option to buy
NASA 'going full force' to gear up for UFO study
Human remains found in suitcases were of 2 children: New Zealand police
2022 has been year of political scandals in Europe, US
Russian attack on Ukraine’s Kharkiv kills 7 - Mayor says
Several dead, missing after flash floods in northwest China
The impact of COVID-19 on mothers and young people revealed 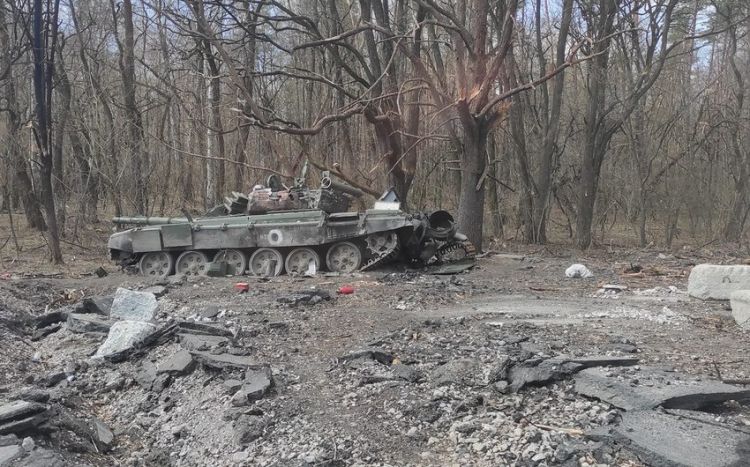 Over the past 24 hours, seven attacks of the Russian Armed Forces have been repelled on the territory of the Donetsk and Luhansk regions of Ukraine, the General Staff of the Armed Forces of Ukraine reports.

"Ten tanks, 18 armored vehicles and 8 cars, one artillery system, as well as a mortar with the crew were destroyed. Over the previous day, the grouping of the Air Force of the Armed Forces of Ukraine hit 7 air targets: one aircraft, four UAVs and two cruise missiles," the General Staff said.

According to the available updated information, the losses of the 126th coastal defense brigade of the Black Sea Fleet reach 75%. The 810th Separate Marine Brigade of the Black Sea Fleet lost 158 ​​servicemen. In addition, about 500 were injured and 70 people are missing. A significant part of the servicemen of these brigades wrote reports refusing to participate in the so-called "special operation," the General Staff of the Armed Forces of Ukraine said.