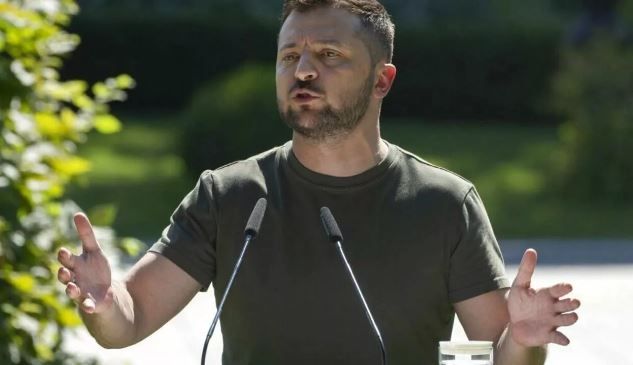 A "catastrophe" at the Russian-controlled Zaporizhzhia nuclear plant in southern Ukraine would threaten the whole of Europe, Ukrainian President Volodymyr Zelensky warned on Monday.

"Under the cover of the plant, the occupiers are shelling nearby cities and communities," Zelensky said in his evening address.
"Any radiation incident at the Zaporizhzhia NPP can affect the countries of the European Union, Turkey, Georgia and countries from more distant regions. Everything depends solely on the direction and speed of the wind," he said.
"If Russia’s actions cause a catastrophe, the consequences may also hit those who remain silent so far."
Zelensky called on the international community to adopt "new tough sanctions against Russia" and not to yield to "nuclear blackmail".
"All Russian troops must be immediately withdrawn from the plant and neighbouring areas without any conditions," he said.
The plant, Europe’s biggest nuclear facility, was captured by Russian troops at the beginning of March, not long after Moscow launched its invasion of Ukraine.
Since the end of July, Zaporizhzhia has been the target of a number of military strikes, with both Moscow and Kiev accusing each other of being behind the shelling.
The fighting at the plant was the subject of an emergency meeting of the UN Security Council last Thursday.
Ukraine has accused Russia of using the plant as a base for possible attacks and for storing weapons.