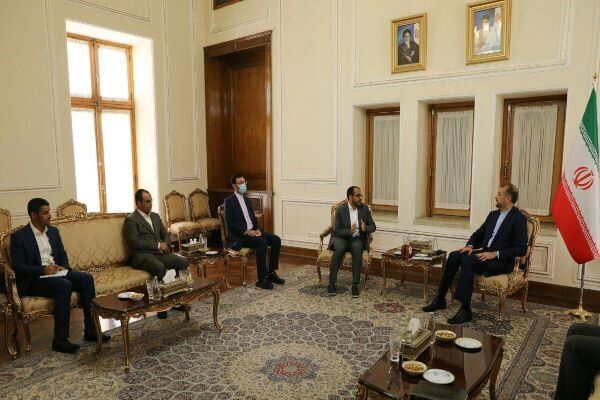 The Islamic Republic of Iran supports the ceasefire in Yemen, the Iranian Foreign Minister said, considering it a prelude to establishing lasting peace in this country, Mehr news reports.

Mohammad Abdul Salam, the spokesman for the Yemeni Ansarullah movement and the head of the negotiating team of Yemen’s National Salvation government, met with Iranian Foreign Minister Hossein Amir-Abdollahian in Tehran on Sunday.

Stressing the preservation of the deep and historical bond between the two nations of Iran and Yemen, Amir-Abdollahian underlined that Iran has always supported the will of the Yemeni people.

The Islamic Republic of Iran supports the ceasefire in Yemen, considering it a prelude to establishing a lasting peace, the top Iranian diplomat said.

At the same time, he expressed hope that with the complete lifting of the blockade of Yemen, the humanitarian crisis in Yemen will end.

The spokesman for the Yemeni Ansarullah movement, for his part, appreciated Tehran's support for the people of Yemen.

He also briefed the Iranian Foreign Minister about the latest developments in this country.

While criticizing the incomplete implementation of the main elements of the ceasefire, he stressed the fulfillment of the humanitarian issues of the Yemeni people to achieve peace in this country.