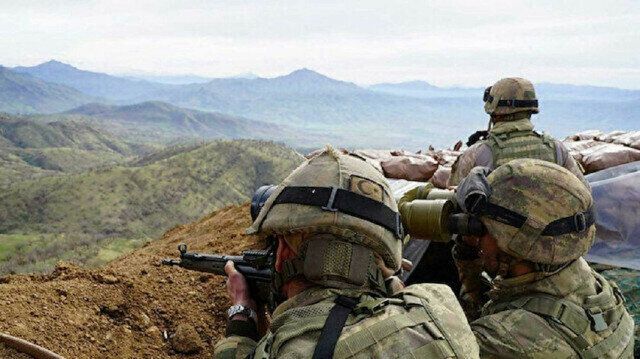 He added that 78 of the terrorists belonged to the PKK, 24 to ISIS/Daesh, and one to a leftist terror group.

A total of 1,205 operations were carried out against the cells and collaborators of all terrorist groups.

Security forces destroyed 136 shelters and hideouts used by the PKK, while authorities confiscated 148 weapons and 122 hand grenades, as well as mines and improvised explosive devices, as part of the operations.

Catakli also said the perpetrators of the terrorist attack against civilians in Istanbul were caught in a short time and operations were still underway to catch all the perpetrators related to the attack.

On Nov. 13, the terror group YPG/PKK carried out a terror attack on Istanbul's crowded Istiklal Avenue that killed six people and left 81 injured.

Besides, Operation Eren Abluka Fall-Winter, a domestic anti-terror push started in Oct. and is ongoing in 15 areas.

In its more than 35-year terror campaign against Türkiye, the PKK -- listed as a terrorist organization by Türkiye, the US, and EU – has been responsible for the deaths of over 40,000 people, including women, children, and infants.