The bombing of Barda is a war crime which Pashinyan and his generals are responsible - British Journalist
Read: 653

"I can no longer see France, which shines in all its glory" - A moral lesson from a French Muslim woman to Macron
Read: 592

Mexican pianist conquered the love of the public 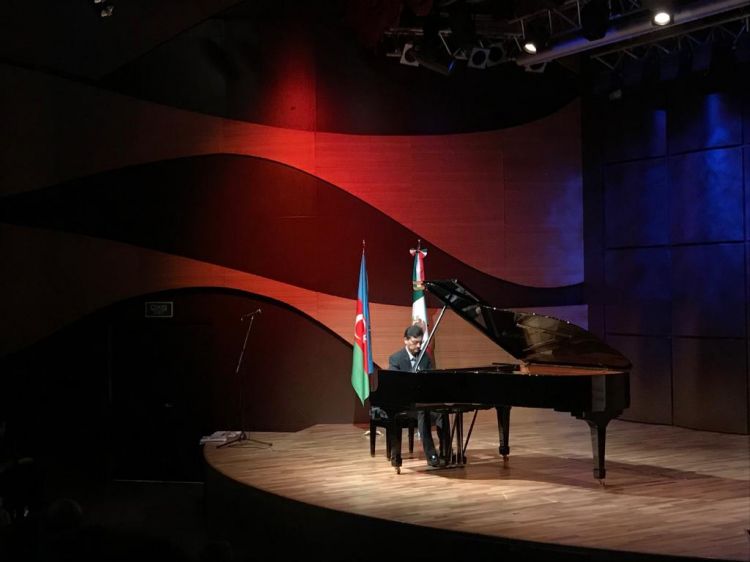 The spectators were delighted with the magnificent interpretation of the maestro Jesus Lepe of masterpieces of the famous composers Bach, Beethoven, Chopin, and enjoyed with great enthusiasm the masterpieces of important Mexican composers of international fame as Manuel M. Ponce. The concert, organized by the Embassy of Mexico in Azerbaijan and the International Mugham Center was successfully crowned. The audience expressed their gratitude to maestro for recreating an atmosphere in which the classic and the festive are harmoniously combined. Maestro Lepe Rico, in turn, expressed his pleasure for being in Baku and having the opportunity to share his art with the Azerbaijani public.

Jesús Lepe Rico was born in Tampico, Tamaulipas. He studied music at the Autonomous University of Tamaulipas and at the Universidad of Veracruz. He was awarded at the national level as a Tamaulipan artist of the year 2012 and has been a scholar on several occasions by the Universidad of Veracruz and the International Institute for Young Musicians during his career. He has performed as a soloist in numerous stages in Mexico. He is a founder and general director of the Papantla International Piano Festival. In addition, he acts as a performer and director of the piano class of the Municipal Culture House "Lázara Meldiú" of Papantla de Olarte, Veracruz, from 2011 to date.