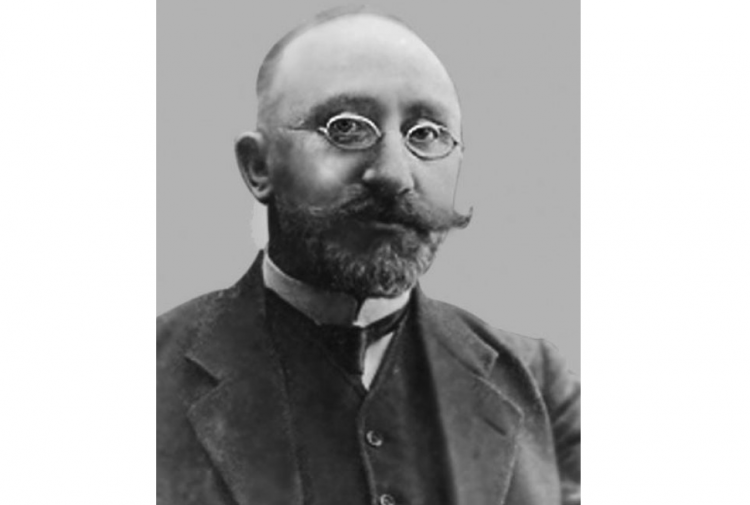 Researching of Eurasia Diary about prominent people of Azerbaijan and their serves continues.

In this writing, we met talented paediatrician, sensitive and polite person Yevsey Yakovlevich Gindes. Probably this name is unknown for many people in Baku. But during the Azerbaijan Democratic Republic, he was Minister of Health and got the respect of many Baku citizens.

Yevsey Gindes was born in 1872 in Kiev. In 1897 he graduated from the medical faculty of Kiev University and began to work at the hospital of Chernow.  Yevsey worked at 8 years in this hospital and the last 2 years of his career continued as a head of infectious diseases children's clinical department.  And during this time he also searched about children's diseases and wrote seven scientific books about this topic.

In 1907, Gindes opened the first complimentary nursery house for children from poor families. After  4 years, he founded the department of the fight with tuberculosis of the Russian League in Baku.

But in 1913, he got "a present" for his works. So, according to the decision of The Oil Industrialists' Council, he was dismissed from his work. Because he did more complimentary for poor children.

After a little period, he got a new job again. In 1913, "Society of Children's Hospital" was founded and Y.Y.Gindes became head of this society.

He was called "The God of Children" for his serve.

He died on September 5, 1954, in Baku where the most native place for him. His wife and child died early. After a hard loss, he started to devote his life to saving children lives.