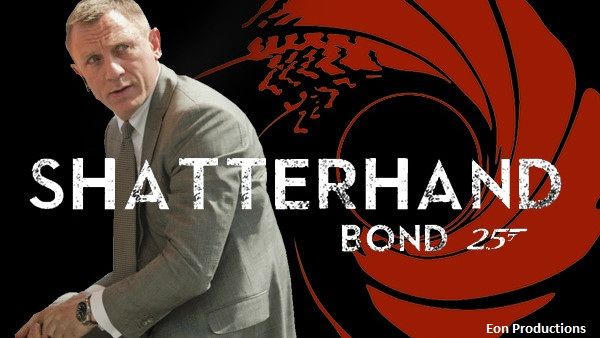 It might have been a surprisingly long road to get here, but Bond 25 is coming. And quickly.

Daniel Craig is in, even though he said he'd literally rather open his veins than do so and Sam Mendes has - eventually - been replaced by Cary Joji Fukunaga. For a while there, it looked like Danny Boyle might be the one to take over from the outgoing director, but he walked away, leaving the film facing something of a push to make the announced release date of 8th April 2020.

But Shatterhand, confusingly, also alludes to some loose ends in Sam Mendes' films - namely what's left of SPECTRE and Blofeld. He might be battered, bruised and incarcerated after the end of the last film, but as long as there's breath in his lungs, the head of SPECTRE won't be resting on his laurels. He has an axe to grind with his "brother" and he should return as a wounded animal, which makes him even more dangerous.

The Shatterhand link comes from Ian Fleming's 1964 novel You Only Live Twice, the source that was adapted into the Cold War Bond in 1967 that liberally changed the plot. There have previously been some rumors suggesting that Shatterhand would look to focus on a modern Cold War story to reflect real life tensions with Russia.